“Mêrionês then killed Phereklos, the son of the carpenter,
Son of Joiner, who knew who to fashion all sorts of intricate tings
With his hands. Pallas Athena loved him especially.
He is the one who designed Alexander’s fantastic ships,
Those kindlers of evil which brought evil on all the Trojans
And on him especially, since he understood nothing of the divine prophecies.
Well, Mêrionês, once he overtook him in pursuit,
Struck him through the right buttock. The sharp point
Went straight through his bladder under the bone.
He fell to his knee and groaned. Then death overtook him.

Whole Schol. bT ad Il.5.59 glosses the name Phereklos as “one who brings the turmoil of war through the ships” (Φέρεκλος ὁ φέρων κλόνον διὰ τῶν νέων), I would also like to believe that name Phere-klos, might make someone think of ‘fame-bringer’. And the connection between poetic fame and the activity of the war arises elsewhere in this passage two.

Note that the this Phere-klos is the son of Harmonidês, a man who, according to the passage, is the one who build the ships “the bringers of evil” (ἀρχεκάκους) for Paris (those ships which carried him from Troy to Sparta…). The name Harmonidês is not insignificant: Gregory Nagy has etymologized Homer as “one who fits the song together”. Phereklos’ father is a “craftsman” (“tektôn”) who built the very ships that allowed his son (and Paris) to bring the conflict to Troy and generate the fame of the songs it generated. Here, the ships are positioned as the first steps in evil, but I would suggest, that as the means by which the songs themselves travel across the sea, the ships are, as products of specialized craftsmen, both metonymns for the stories themselves and necessary vehicles for their transmission.

If this is not too blinkered or mad a suggestion, perhaps Phereklos’ death here is a reassertion of the poetic power of song over the pragmatic craft of shipwrights…. 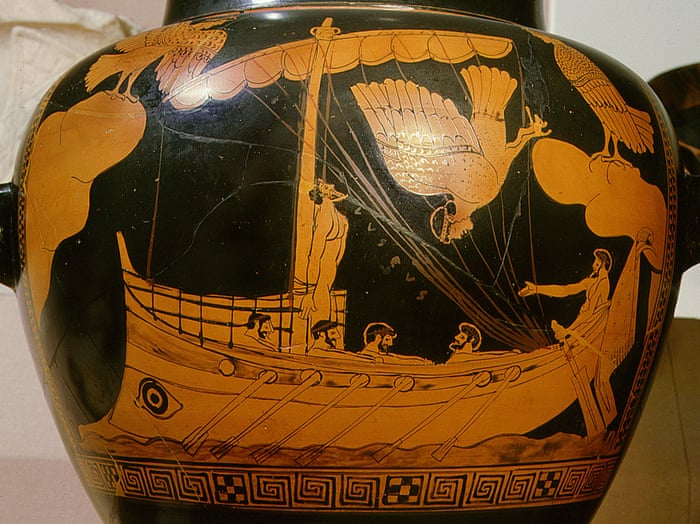