“That Homer was an Achilles-lover will appear in thousands of ways. Homer would have readily named the Iliad the Achillea, just as he named the Odysseia (Odyssey) after Odysseus, if it were not for the fact that he would thus slight and insult the rest of the Greek nobility by naming the poem after one person.” “Eratosthenes (c. 276 — c. 196-4 b.c.) spent some years in Athens, whence he was recalled to Alexandria by Ptolemy Euergetes (c. 235 B.C.), and placed at the head of the Library). He remained in that important position during the reigns of Ptolemy Euergetes (d. 222 B.C.), and Philopator (222-205). ‘The tastes of the former were scientific, those of the latter literary and aesthetic. Philopator was not only the author of a tragedy, but also honoured the memory of Homer by building a temple which was adorned with a seated statue of the poet, surrounded by statues of the cities which claimed his birth. The building of this temple has been regarded as an indication of a change of attitude towards Homer. While Zenodotus had allowed his personal caprice to introduce fanciful alterations into the poet’s text, the influence of Callimachus and Eratosthenes inspired a feeling of greater reverence for Homer as the Father of Greek poetry, and also led to a more sober treatment of his text by Aristophanes and Aristarchus, as well as to a careful imitation of his manner in the epic poems of Rhianus.

Eratosthenes bore among the members of the Museum the singular designation of βῆτα, which is supposed to be due either to some physical peculiarity (such as the bowed back of old age) or (far more probably) to his attaining the second place in many lines of study. The more complimentary designation of πένταθλος implied his high attainments in more than one kind of mental gymnastics, while (like the second sense of βῆτα) it suggested that he was inferior to those who confined themselves to a single line of study. We can easily imagine each of the specialists of the Museum proudly conscious of his supremacy in his own department, and enviously depreciating his widely accomplished and versatile colleague, who was really ‘good all round’, as a ‘second-rate’ man. But it is only in his minor epics and elegiacs and in his philosophical dialogues that he seems actually to have deserved a place lower than the very highest. In other respects he attained the foremost rank among the most versatile scholars of all time. It was this wide and varied learning that prompted him to be the first to claim the honourable title of φιλόλογος.” 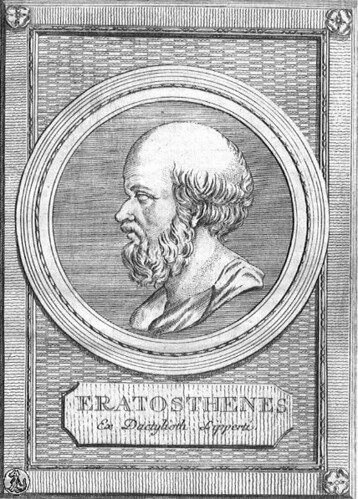 “It is impossible to say exactly how much of life ought to be put down in grammata, but it is fairly clear that in very ancient times there was too little and in modem times there is too much. Most of the books in any great library, even a library much frequented by students, lie undisturbed for generations. And if you begin what seems like the audacious and impossible task of measuring up the accumulated treasures of the race in the field of letters, it is curious how quickly in its main lines the enterprise becomes possible and even practicable. The period of recorded history is not very long. Eighty generations might well take us back before the beginnings of history-writing in Europe; and though the beginnings of Accad and of Egypt, to say nothing of the cave drawings of Altamira, might take one almost incalculably farther in time, the actual amount of grammata which they provide is not large.”

“Fabricius counted among his correspondents the leading scholars of his age. He was assisted in the compilation of the Bibliotheca Latina by the Danish scholar, Christian Falster; and, in that of the Bibliotheca Graeca, by Kiister. He was also largely aided in the latter by Stephan Bergler (c. 1680 c. 1746), who, by his knowledge of Greek, might have attained a place among the foremost scholars of his time, but was reduced to the level of a literary hack by an insatiable craving for drink. Early in the century he was a corrector of proofs at Leipzig; in 1705 he left for Amsterdam, where he produced indices to the edition of Pollux begun by Lederlin and continued by Hemsterhuys, and himself completed Lederlin’s edition of Homer (1707). We next find him helping Fabricius at Hamburg and elsewhere. During his second stay at Leipzig, he produced an excellent edition of Alciphron (1715); his edition of Aristophanes was published after his death by the younger Burman (1760) ; his work on Herodotus is represented only by some critical notes in the edition of Jacob Gronovius (1715); while his Latin translation of Herodian was not published until 1789. His rendering of a modern Greek work on moral obligations led to, his being invited to undertake the tuition of the author’s sons at Bucharest, a position for which his intemperate habits made him peculiarly unfit. However, he was thus enabled to send Fabricius a few notes on the Greek MSS in his patron’s library. After this he disappears from view. On his patron’s death in 1730, he is said to have left for Constantinople, and to have adopted the religion of Islam. If so, he probably ended his days in perfect sobriety.”

The abstractions of German philosophy, which may seem to us unmeaning or clumsy if we encounter them in English or French, convey in German, through their capitalized solidity, almost the impression of primitive gods. They are substantial, and yet they are a kind of pure beings; they are abstract, and yet they nourish. They have the power to hallow, to console, to intoxicate, to render warlike, as perhaps only the songs and the old epics of other peoples do. It is as if the old tribal deities of the North had first been converted to Christianity, while still maintaining their self-assertive pagan nature; and as if then, as the Christian theology became displaced by French eighteenth-century rationalism, they had put on the mask of pure reason. But for becoming less anthropomorphic, they were not the less mythopoeic creations. The Germans, who have done so little in the field of social observation, who have produced so few great social novels or dramas, have retained and developed to an amazing degree the genius for creating myths. The Ewig-Weibliche of Goethe, the kategorische Imperativ of Kant, the Weltgeist with its Idee of Hegel—these have dominated the minds of the Germans and haunted European thought in general like great hovering legendary divinities.

Karl Marx, in the passage I have quoted above, described the Idea of Hegel as a “demiurge”: this demiurge continued to walk by his side even after he imagined he had dismissed it. He still believed in the triad of Hegel: the These, and Antithese and the Synthese; and this triad was simply the old Trinity, taken over from the Christian theology, as the Christians had taken it over from Plato. It was the mythical and magical triangle which from the time of Pythagoras and before had stood as a symbol for certainty and power and which probably derived its significance from its correspondence to the male sexual organs. “Philosophy,” Marx once wrote, “stands in the same relation to the study of the actual world as onanism to sexual love”; but into his study of the actual world he insisted on bringing the Dialectic. Certainly the one-in-three, three-in- one of the Thesis, the Antithesis and the Synthesis has had upon Marxists a compelling effect which it would be impossible to justify through reason. (It is almost a wonder that Richard Wagner never composed a music-drama on the Dialectic: indeed, there does seem to be something of the kind implied in the Nibelungen cycle by the relations between Wotan, Brunhilde and Siegfried.)

“I remember about twenty years ago reading an obituary notice of Bohn, the editor of the library of translations, written by Mr. Labouchere. The writer attributed to Bohn the signal service to mankind of having finally shown up the Classics. As long as the Classics remained a sealed book to him, the ordinary man could be imposed upon. He could be induced to believe in their extraordinary merits. But when, thanks to Mr. Bohn, they all lay before him in plain English prose, he could estimate them at their proper worth and be rid for ever of a great incubus. Take Bohn’s translation of the Agamemnon, as we may presume it appeared to Mr. Labouchere, and take the Agamemnon itself as it is to one of us: there is a broad gulf, and the bridging of that gulf is the chief part of our duty as interpreters. We have of course another duty as well — our duty as students to know more and improve our own understanding. But as interpreters, as teachers, our main work is to keep a bridge perpetually up across this gulf. On the one side of it is Aeschylus as Bohn revealed him to Mr. Labouchere, Plato as he appeared to John Bright, Homer as he still appears to Mr. Carnegie; I will go much further and take one who is not only a man of genius, like Bright, but a great poet and a Greek scholar, Euripides as he appears to Mr. Swinburne; on the other side is the Aeschylus, the Plato, the Homer, the Euripides, which we, at the end of much study, have at last seen and realized, and which we know to be among the highest influences in our lives. This is not a matter of opinion or argument. What we have felt we have felt. It is a question of our power to make others, not specialists like us, feel the same. It is no impossible task. Like most others, it is one in which a man sometimes succeeds and sometimes fails, and in which he reaches various degrees of comparative success. There is not a classical tutor in this room who does not know that it can be done, and that he can himself do it.”