Lionel A. Tollemache, Recollections of Pattison:

“Certainly his [Mark Pattison’s] standard of the requirements of a literary life was rigid to the verge of pedantry. A very able (and far too penitent) friend of his writes:

‘He suggested that I should edit Selden’s Table Talk. The preparation was to be, first to get the contents practically by heart, then to read the whole printed literature of Selden’s day, and of the generation before him. In twenty years he promised me that I should be prepared for the work. He put the thing before me in so unattractive a way that I never did it or anything else worth doing. I consider the ruin of my misspent life very largely due to that conversation.’ That this severe judgment on the Rector may not be taken too literally, I will quote from the same letter, ‘He was one of the best friends I ever had. He was not in the least donnish when one came to know him.’

One learns without surprise that, in the words of a near relation, ‘he had a quite human fondess for his books; nothing annoyed him so much as to hear one of them fall; and dusting them, which he reduced to a science, seemed to give him real pleasure. In his last illness the sight of any of his favourites depressed him greatly. ‘Ah!,’ he would say, ‘I am to leave my books, and sometimes, they have been more to me than my friends.’ He would ask for them one after the other, till he was literally covered almost to his shoulders as he lay, and the floor around him was strewn with them. He used to say that the sight of books was necessary to him at his work; and, once reading how Schiller always kept ‘rotten apples’ in his study because their scent was beneficial to him, he pointed to some shelves above his head, where he kept his oldest and most prized editions, and said: ‘There are my rotten apples.'” 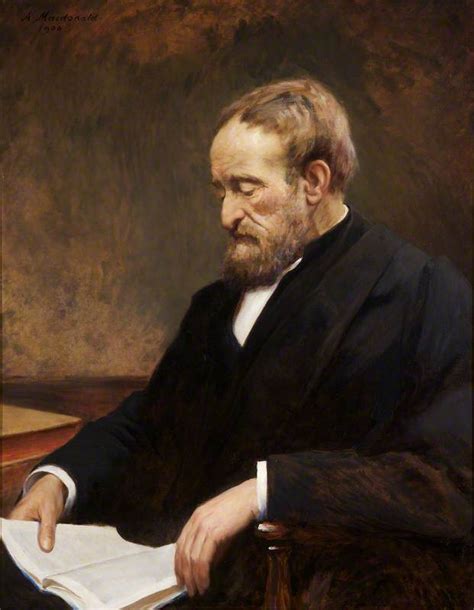 One thought on “Pedantry, Bibliophilia, and Rotten Apples”