The idea of “half being greater than the whole” is likely proverbial, showing up as well in Hesiod’s Works and Days where the narrator uses it when he complains about how the judges act unfairly in their evaluation of cases (by taking bribes): “the fools don’t know how much greater the half is than the whole” νήπιοι, οὐδὲ ἴσασιν ὅσῳ πλέον ἥμισυ παντὸς.
Diodorus Siculus’ statement that “an equal part is greater than more” is probably a clever departure from the Hesiodic statement. Hesiod’s statement seems to be about greed (wanting more than your due), as glossed by Michael Apostolius 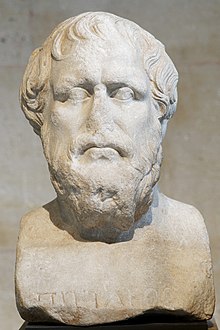 One thought on ““An Equal Amount is Better than More””