Certamen of Homer and Hesiod

Earlier we posted the story of the death of Hesiod according to Plutarch. This version shares some of the details, but not others.  Hesiod defeats Homer in a poetic competition. Things only go downhill from there… 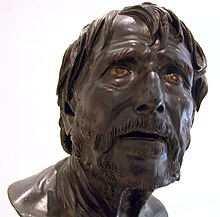