“There were twelve sons of blameless Neleus. According to the Separatists, Homer records that there were twelve children of Neleus in the Iliad but had three in the Odyssey where he provides the genealogy: “And I saw surpassingly beautiful Khloris” and soon after, “Nestor and Khromios, and proud Periklymenos”. It is likely that the children born before came to him from another woman and these three came from Khloris, for Priamos said, “I had fifty children. When the sons of the Achaeans came / 19 of them were from a single womb / the rest women bore to me in my home.”

“…but the story is from ancient men. If, then, I were to give to you silver as swap of equal worth when you sent me gold, do not value the favor less nor, as Glaukos did, believe that the exchange is harmful, since not even Diomedes would switch silver armor for gold since the former is much more practical than the latter in the way of lead that is shaped for the ends of spears.

I am joking with you! I have assumed a certain freedom of speech based on the example you have written yourself. But, if in truth you want to send me gifts worth more than gold, write and don’t ever stop writing to me! For even a brief note from you is more dear to me than anything someone else might consider good.”

Who knew that the popular Christmas song was inspired by Julian the Apostate?

Julian is referring to the famous scene of exchange between Diomedes and Glaukos in the Iliad (6.230-236)

“Let’s exchange armor with one another so that even these people
May know that we claim to be guest-friends from our fathers’ lines.”

So they spoke and leapt down from their horses,
Took one another’s hands and made their pledge.
Then Kronos’s son Zeus stole away Glaukos’ wits,
For he traded to Diomedes golden arms in exchange for bronze,
weapons worth one hundred oxen traded for those worth nine.”

“Kronos’ son Zeus took Glaukos’ wits away”. Because he was adorning him among his allies with more conspicuous weapons. Or, because they were made by Hephaistos. Or, as Pios claims, so that [the poet?] might amplify the Greek since they do not make an equal exchange—a thing which would be sweet to the audience.

Or, perhaps he credits him more, that he was adorned with conspicuous arms among his own and his allies. For, wherever these arms are, it is a likely place for an enemy attack.”

I always thought that Glaukos got a raw deal from interpreters here. Prior to the stories Diomedes and Glaukos tell each other, Diomedes was just murdering everyone in his path. Glaukos—who already knew who Diomedes was before he addressed him—tells a great tale, gives Diomedes his golden weapons, and actually lives to the end of the poem. I think this is far from a witless move. And, if the armor is especially conspicuous, maybe the plan-within-a-plan is to put a golden target on Diomedes’ back. 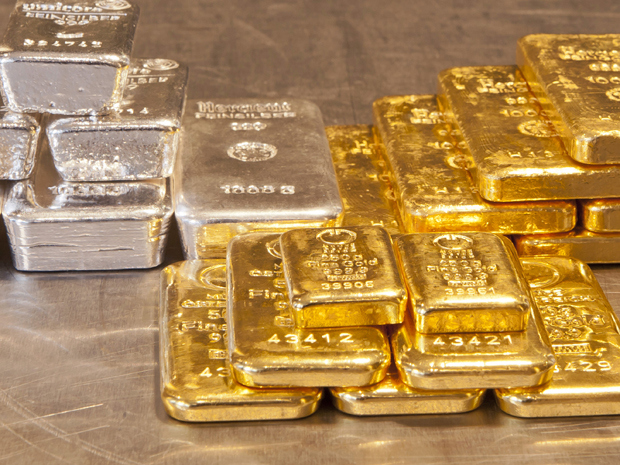 “This man would feed many by seeking oysters. He uses this word “oyster” only once. It is a kind of marine shellfish. See the Separatists on this. For they claim that the poet of the Iliad does not present heroes using fish at food, while the Odyssey poet does. But it is clear that, if he did not present them as using them, they knew it, from the fact that Patroklos talks about oysters. Note how the poet tends to avoid the trivial. And surely, he does not show people eating greens. But, nevertheless, he does say “The enslaved women using shit to fertilize his great property”

“The poet also does not show heroes eating fish or birds, but still Odysseus’ companions do try to under compulsion. Generally, the poet avoids this kind of habit because of its triviality, but he has [heroes] eat roasted meat.”

“têthea: Oysters. Know that the ancients also ate these even though they do not provide much pleasure or nourishment.” 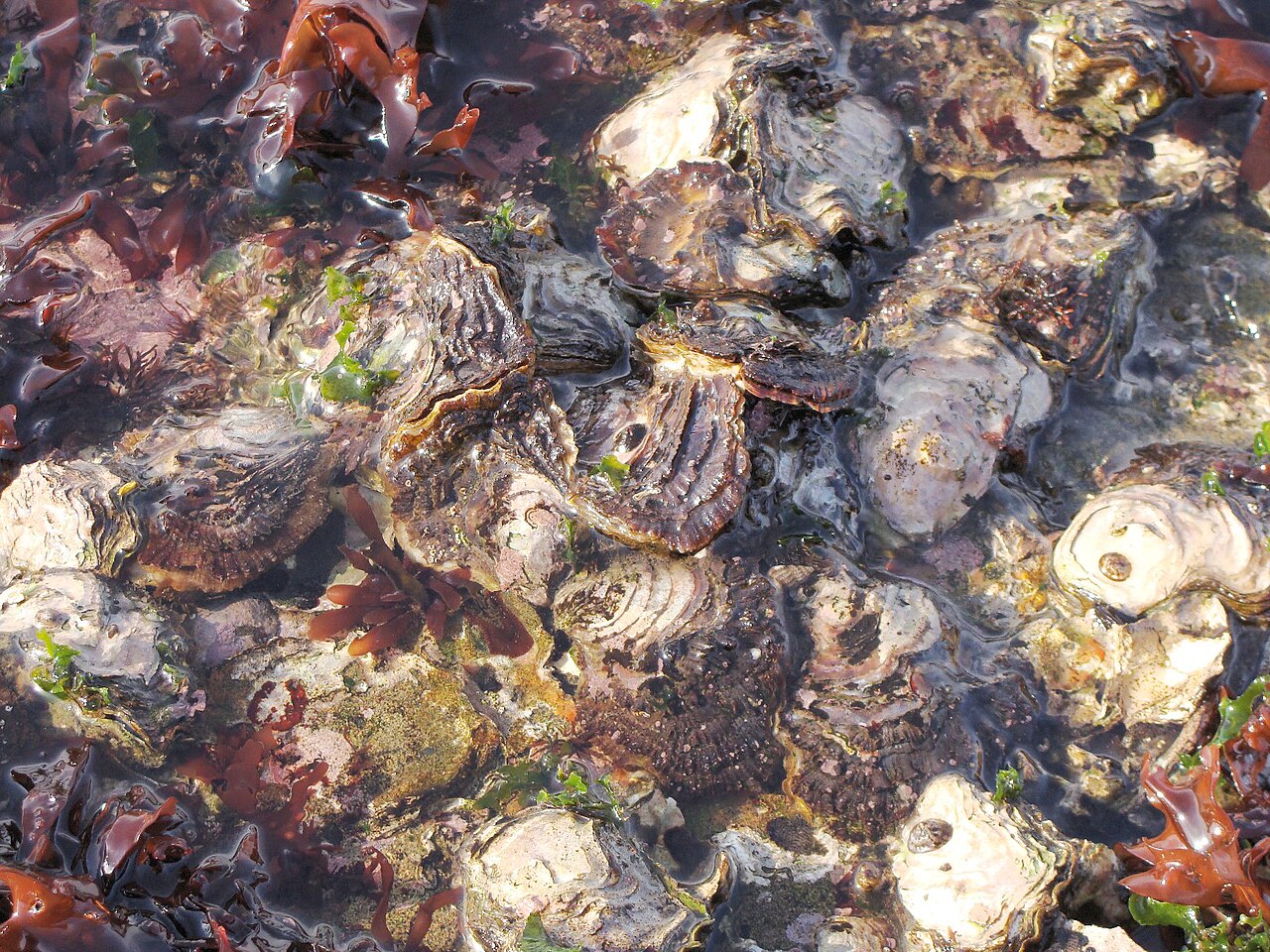 “Endure, friends, and wait some time so we may learn,
Whether Kalkhas prophesied truly or not.
For we all know this well in our minds: you were all
Witnesses, at least those of you the fates of death have not carried off.
On that day long ago when the ships of the Achaeans gathered
At Aulis preparing troubles for Priam and the Trojans:
We were all around the sacred altars along a spring
Completing sacrifices to the immortal gods
Under a beautiful plane tree from where the sparkling water issued.
A great omen appeared there: a serpent with a deep-red back,
Terrible, which the Olympian himself sent to the light,
Crept up from under the altar and moved toward the plane tree.
There were newborn sparrow-chicks, immature ones
Were peering out under the leaves on the topmost bow.
There eight of them but the mother who bore them made it nine.
Then the serpent gulped them all down as they tweeted pitifully.
Their mother hopped around mourning over her dear offspring.
Well, he coiled up and grabbed her by the wing as she cried over them.
When it had swallowed the sparrow’s children and her too.
Then the god who exposed the serpent made it disappear—
The son of crooked-minded Kronos made it into stone.
We all stood in awe at the thing that happened,
That’s how terrible the portents of the gods were over our sacrifices.
Kalkhas immediately addressed us, offering his interpretation:
“Why are you silent, you long-haired Achaeans?
The great counsellor Zeus has shown us this sign:
Late coming, late completed, and its’ fame will never die.
Just as it ate up the sparrow’s children and her too,
Eight of them and the mother who bore them was the ninth,
So too we will war here for that many years
And in the tenth we will take the wide-wayed city.”
That’s how Kalkhas interpreted. Now all these things are being completed.”

“I say that the over-powering son of Kronos assented
On that day when the Argives took to the fast-faring ships
Bringing murder and death to the Trojans,
Showing clear and favorable signs by flashing lightning.
So let no one be compelled to return home,
Because each one has taken a Trojan wife to bed
As payback for Helen’s writhing and moans.”

“Windblown dreams and shadows of glory”: A proverb applied to those hoping for things in vain.

ἀνεμοσκεπής: “shelter from the wind”

ἀνεμόστρεφος: “whirling in the wind”

ἀνεμοδούλιον: “Slave to the wind”

“O wretched and mortal race of men:
We are nothing more than image of shadows,
Wandering back and forth, an excessive weight on the earth.”

“Persephone allowed him to have a mind, even though he is dead,
He alone is able to think. The others leap like shadows”

The scholia have a few interesting things to add to this.

Stobaeus (1.49.54) in discussing shadows and death, notes that “if they meet their near and dear, they cannot see them nor can they converse with them, but they are walled off from aesthetic reality, they appear to them something like shadows”

“He could not grasp him, but his soul went over the earth,
Twisted, just like smoke…”

It is the right time of the year for raising the dead. A student paper on the Elpenor Pelike at the MFA in Boston drew my attention to the following passage.

“For this reason the place is named without joy since, as people claim, it would not have been there but for necromancy or spell-craft. For, Aeneas completed these sacred rites when Misenus was killed and Ulysses did it with the death of Elpenor.

This very scene Homer himself presented falsely from the detail of its location which he specifies along with the length of time of the journey. For he claims that Ulysses sailed for one night and came to the place where he completed these sacrifices. For this reason it is abundantly clear that he doesn’t mean the ocean but Campania.”

The relevant passages from the Odyssey don’t give any hint that Elpenor was intentionally killed for black magic. When Odysseus actually does summon the dead, now that gets a little dark.

“I could not even lead my companions unharmed from there.
The youngest of my companions was a certain Elpênor,
He was neither especially brave in battle or composed in his thoughts.
He separated himself from the companions in Kirkê’s holy home
Because he needed some air; then he fell asleep because he was drunk.
When he heard the noise and trouble of our companions moving out,
He got up immediately and it completely escaped his thoughts
To climb down again by the long ladder—
So he fell straight from the roof and his neck
Shattered along his spine; then his spirit flew down to Hades.”

Nekuomanteia, glossed by Hesychius as nekromanteia (i.e. “necromancy”) is an alternate name for the Nekyuia, the parade of the dead in book 11 of the Odyssey. From the Greek Anthology: ᾿Εν τῷ Η ἡ τοῦ ᾿Οδυσσέως νεκυομαντεία· (3.8); Scholia to the Odyssey, Hypotheses: Λ. Νεκυομαντεία, ἢ, Νεκυία. Cf. Eustathius, Comm. Ad Od. 1.396.10

“[Thetis] was begging me to honor Achilles the city-sacker”

“For line 77 Aristarchus says that [the poet] never calls Achilles a city-sacker but “swift of foot and swift-footed.”

[city-sacker] “he calls only Odysseus thus concerning Troy. But elsewhere he says, “then he noticed city-sacking Achilles”. For he sacked twenty cities.”

“But when he noticed Achilles the city-sacker…”

A: “Achilles the city-sacker: because it is excessive to apply ptoliporthos so much to Odysseus, now it is applied once to Achilles. This is according to those Separatists*, for they use these texts. Some have “Achilles Peleus’s son” because they are astonished by the epithet.

T: Some have “Achilles’ Peleus’ son” because they are surprised by the epithet [city-sacking] but Achilles himself says, “I sacked 12 cities with my ships”

* χωρίζοντες was a term applied to ancient scholars who believed that the Iliad and Odyssey were composed by different poets.

“For nine days a conflict arose among the immortals
Over Hektor’s corpse and city-sacking Achilles.”

There are no scholia in Erbse’s edition which contest “city-sacker” here. If the logic applied by earlier scholia obtains, however, there should be similar objections. As some have observed, however, the death of Hektor is both symbolically the death of the city and in actuality a guarantee that the city will fall. By killing Hektor, Achilles is in fact a city-sacker (in the Iliad’s) terms. Some ancient scholars would still like the preserve the epithet as part of Odysseus’ special heroic identity.

“Why does Homer not call Achilles [city-sacker] but Odysseus instead even though Achilles sacked countless cities? Indeed, we say that although Achilles overcame those cities, Odysseus sacked famous Troy though his own intelligence—the very city the Greeks were willing to take a share of great suffering over. This is why [Homer] calls not Achilles but Odysseus city-sacker.”