“…Zeus allow me payback for the death
Of my father and be my willing ally.” 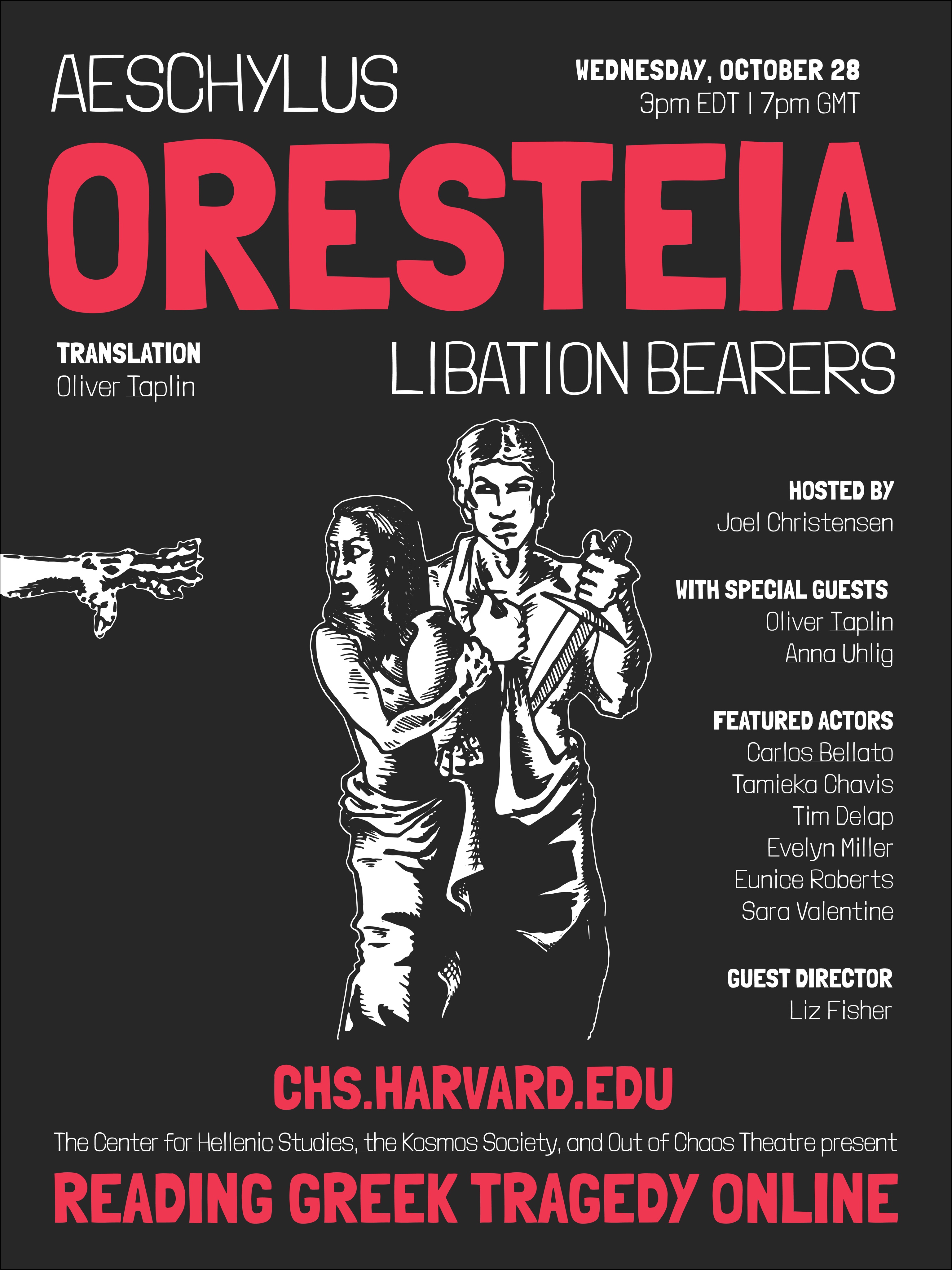 “When you see me you, fail to recognize me
But when you glanced at this lock of hair
Or followed along the shape of my feet,
You took flight and imagined me there!”

Today we come to the second play of the Oresteia, the Libation-Bearers, which follows the death of Agamemnon some time later with the return of his son Orestes. Motifs from this play remained well-known enough that audiences of the later Elektras by Sophocles and Euripides could be relied upon to recall its moments of recognition and the tension between the expectations placed on Euripides and his hesitation when finally facing the deed.

Along with the rest of the trilogy, the Libation-Bearers earned first prize at the City Dionysia in 458 BCE. But what was it about these plays that charmed the judges and audiences? This play certainly does not present the heroic narrative one might expect from the Homeric Odyssey, where Orestes is repeated hailed as a returning avenger and a model for Telemachus. This Orestes reunites joyously with his sister and joins her in a shared song of lament that takes up the central portion of the play. When the time to act arrives, pushed on by Apollo’s prophecies, Orestes hesitates before taking his mother’s life. And then he is cursed by the furies, pushing him into the exile resolved in the Eumenides.

The story of Agamemnon and Orestes hinges on the balance of justice and vengeance. The horrible logic of the later faces up to the demands of the former and comes up short. In the distance between the two, humankind continues to suffer.

“May I sing a song of victory
Over a slaughtered man
And a woman as she dies—
Why should I hide
The kind of plan floating in my mind?
Before my heart’s prow
A driving anger blows,
Hatred’s rage.”

“The earth feeds many things,
Terrible griefs of fear,
And the folds of the sea
Are full with similar monsters.
Lights burning between
Sky and earth cause harm
To creatures on wing and on foot.
You might even mention the wind-borne rage of hurricanes.
But who can speak of the arrogant
Mind of a man or the all-daring
Lusts in a woman’s thoughts,
The joined paths of mortal ruin?”

“You speak of complete dishonor!
She will payback the dishonoring of my father
With willing gods
With my willing hands.
When I have cut her out, may I die too.”

“It is right—because she raised a terrible monster—
For her to die violently. Once transformed into a snake,
I kill her. That’s what this dream is telling us.”