CW: Violence against children; infanticide; violence against an intersex person. There are a range of intersex tales in ancient Greece, for ancient criticism of their superstitious and salacious nature, go here.

This might be the most disturbing thing I have read all summer. When I was reading the Greek for the final sentence below, I actually uttered “what the f*ck” aloud. Go here for the second part.

Phlegon of Tralles, On Marvels 2 (Part 1)

Hieron the Alexandrian or Ephesian tells of the following wonder which occurred in Aitolia.

There was a certain citizen, Polykritos, who was voted Aitolian arkhon by the people. His fellow citizens considered him worthy for three years because of the nobility of his forebears. During the time he was in that office, he married a Lokrian woman. After he shared a bed with her for three nights, he died on the fourth.

The woman remained in their home widowed. When she gave birth, she had a child who had two sets of genitals, both male and female, which was alarmingly different from nature. The parts up top were completely rough and masculine and those near the thighs were feminine and softer.

Awestruck by this, her relatives forced the child to the agora and held an assembly to take advice about this, calling together the omen readers and interpreters. Some were claiming that this meant there would be dissent between Aitolians and Lokrians, since the mother was Lokrian and the father was Aitolian. But others believed that it was necessary to take the child and mother to the frontier and have them burned.

While the people were deliberating, suddenly the dead Polykritos appeared in the assembly dressed in black near his child. Even though the citizens were thunderstruck by this apparition and many of them were rushing to flight, he asked the citizens to be brave and not to be rattled by the sight which appeared. Then a bit of the chaos and the uproar receded, and he said these things in a slight voice:

“My fellow citizens, although I am dead in my body, I live among you in goodwill and thanks. And now I am present imploring those people who have power of this land to your collective benefit. I advise you who are citizens not to be troubled or angry at the impossible miracle which has happened. And I ask all of you, vouching for the safety of each, is to give me the child who was born from me so that no violence may come from those who make some different kind of plans and that there may be no beginning of malicious and hard affairs because of a conflict on my part.

It would not be possible for me to overlook the burning of my child thanks to the shock of these interpreters who are advising you. I do have some pity, because you are at a loss when you see this kind of unexpected sight as to how you might respond to it correctly for current events. If you assent to me without fear, you will be relieved of the present anxieties and of the evils to come. But if you fall prey to another opinion, then I have fear for you that you will come into some incurable sufferings because you did not trust me.

Therefore, because of the goodwill I experienced while I was alive and the unexpectedness of the current situation, I am predicting the suffering to you. I think it is right that you do not delay any longer but that, once you deliberate correcly and obey the things I have said, you should hand over the child to me with a blessing. It is not fitting for me to waste any more time because of the men who rule this land.”

After he said these things, he kept quiet for a bit as he awaited what kind of decision there would be once they deliberated about it. Some were thinking it was right to give him the child and consider the sight sacred and the influence of a deity; but most of them denied this, claiming that it was necessary to deliberate in a calmer atmopshere when they were not at so great a loss, because the affair was a big deal.

When he saw that they were not moving in his favor but were actually impeding the decision there, he spoke these things in turn: “Fellow Citizens. If something more terrible happens to you because of a lack of decision, do not blame me, but this fate which directs you to something worse—it sets you in opposition to me and compels me to transgress against my child.”

When the mob ran together in strife over surrendering the monster, he reached for the child and and pushed off most of the people boldly before butchering and eating the child. 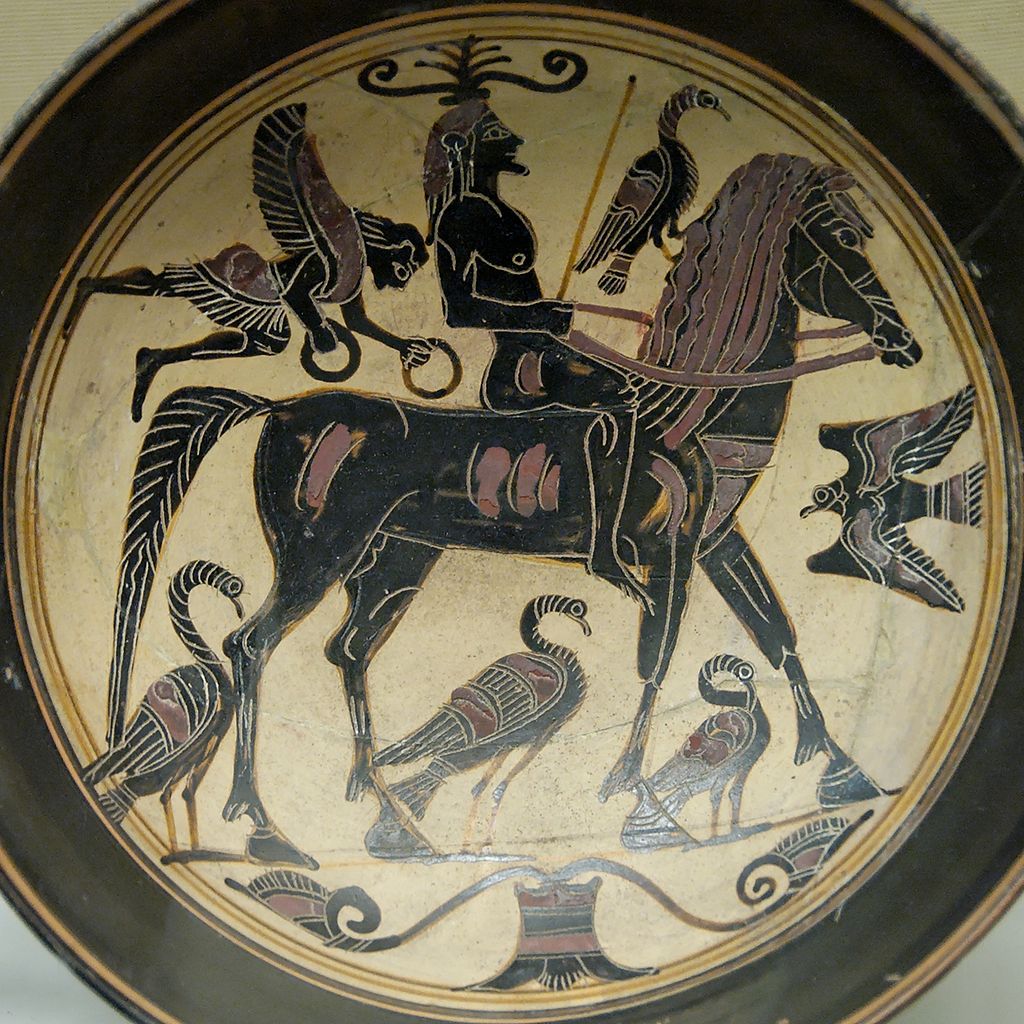