“You would rather seem just than act so.” 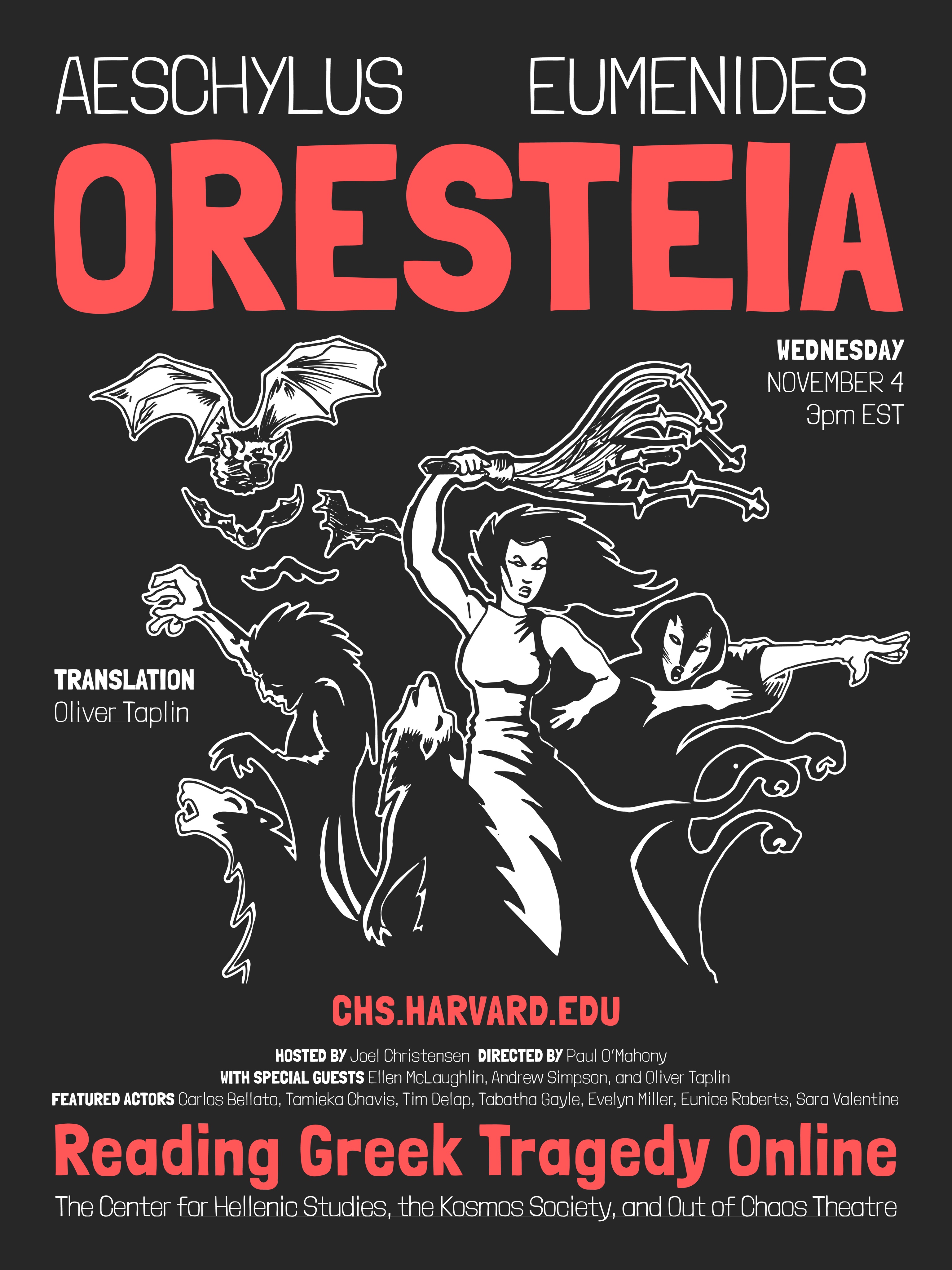 “After the dust has soaked up the blood
Of a dying man, there is no resurrection.
My father can’t cast a spell on this
But all other things he can turn back and forth
Without losing his breath at all.”

This week brings us the final play of Aeschylus’ Oresteia, the Eumenides. In it. We find a maddened, battered Orestes who fled from his brief ‘victory’ in killing his mother and Aegisthus, hounded by the earth-bound goddesses of vengeance, the Furies. At the start of this play, Orestes manages to evade them in Athens, but they too are chased by the ghost of Klytemnestra who demands vengeance for her murder.

This takes us to the final and elemental conflict of the trilogy, the face-off between justice and vengeance and the creation of trial by jury at Athens. One set of divine mandates insisted that Orestes kill his mother for her murder of his father; another set demands his suffering for killing her. How is this cycle of suffering and vengeance in any way ‘just’?

The Oresteia, like the end of the Odyssey, acknowledges that a cycle of vengeance is ultimately irresolvable and that human anger and suffering demands some other remedy. In this particular version of the tale, the solution arises at Athens, where Athena and Apollo introduce a trial by peers as a solution for the retributive strife that tears states apart.

“I advise the citizens to revere
Neither anarchy nor despotism
And never to cast fear out of the city completely.”

“This court must be established free of personal gain,
Revered, sharp-hearted, a wakeful guard I set over the land
For the sleeping people.”

“Sleeping lights the mind with new eyes.
But during the day, a mortal’s fate is unseen.”

“Humankind’s delusions so sacred under the sky
Shrink as they melt on the earth without honor.”

“I pray that the insatiable evil
Of civil strife
Will never burn through this state.
May the dust never drink deep the dark blood of our citizens
As it terrorizes the country
In the endless rage of murder meted out for murder.
May we have joy
In our shared view of friendship
And hate with a single focus.
This is a cure of many problems mortals have.”