“When the Spartans were suffering a plague, the god prophesied that they could stop it if they sacrificed a highborn virgin every year. Helen was then selected by lot. When she was being led forward all adorned for the purpose, an eagle flew down, stole away the sword, carried it to the cattle and dropped it on a heifer. For this reason, they stopped the practice of virgin sacrifice.

That’s the story Aristodemos tells in his third Collection of Myth.”

Schol. To Aristophanes’ Knights 84b

“When the Athenians were enduring a plague, the god prophesied to them that they should bring back the bones of Themistokles. After the Magnesians did not agree to this, the Athenians asked to spend thirty days sacrificing at his grave. Once they set up camp at the spot, they secretly dug up his bones and took them home.” 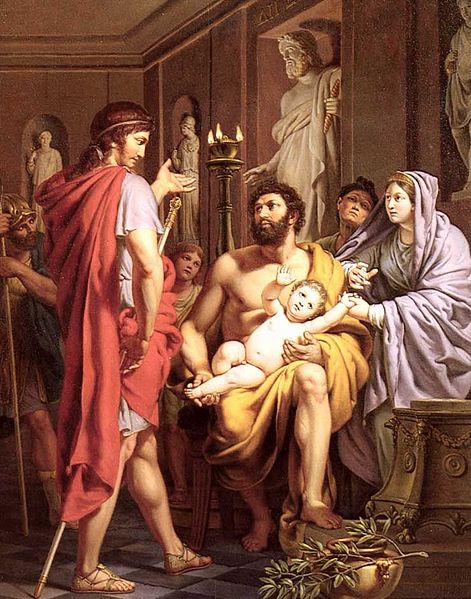 2 thoughts on “Virgins and Heroic Bones: Some Responses to Plagues”