“From there for nine days I was carried by ruinous winds
over the fish-bearing sea. On the tenth we came to the land
of the Lotus-Eaters where they eat the florid food.
There we disembarked to the shore and we drew water;
soon my companions made dinner around the swift ships.
But after we had shared the food and drink
I sent out companions to go and discover
whatever men there were who ate the fruit of the earth.
I chose two men and sent a herald as a third.
They went and met the Lotus-eating men.
The Lotus-Eaters didn’t bring any harm to my companions,
but they gave them their lotus to share.
Whoever ate the honey-sweet fruit of the lotus
no longer wished to report back or return home,
but just longed to stay there among the Lotus-eating men
to wait and pluck the lotus, forgetting his homecoming.”

The scholia present reactions to this passage that are not altogether alien from some arguments in the debate about drug enforcement and addiction.

One scholiast quotes Heraclitus the Paradoxographer with approval, noting that this scene is about how the wise man can resist pleasure.

“From Herakleitos. If someone wishes to examine Odysseus’ wanderings precisely, he will find an allegorical tale. For he has set up Odysseus as something of a vehicle of every kind of virtue through which has philosophized: and then he resists the vices that corrupt human life: the land of the Lotus-eaters represents pleasure, a land of foreign corruption which Odysseus masterfully passes by, and then he settles the wild heart of each man with either chastisement or persuasion.”

Another commentator actually speaks of the Lotus-eaters as just men. This author implies that Odysseus’ men choose to take the drugs. Therefore, the blame is on them.

And another comment explains that the men who partake of the lotus don’t actually forget their homecoming, but they merely stop worrying about it. Because, you know, it is their fault.

“They forgot their homecoming” This follows from their nature, as it happens with the irrational animals, that the Lotus brings them forgetfulness and because of pleasure they spurn their homecoming. The sentiment is similar to the Iliad’s “they forgot their rushing valor”—they did not really forget it, but they stopped fostering it.”

In these three cases, drug addiction is treated as an individual responsibility and not as either a biological challenge [e.g. addiction as a disease] or a social problem [an act of oblivion in a society with no collective meaning or sense of belonging].

(Maybe they were all on drugs anyway)

Ancient Greek may not have had a word for the concept of addiction. And there is definitely a school of thought that sees drug use as being an issue of tolerance:

50 “In his work On Plants, in the last part of the material, Theophrastos says that Eunomos, the Khian and purveyor of drugs, did not [cleanse himself/die] while drinking many doses of hellebore. Once, even, when together with his fellow craftsmen he took over 22 drinks in one day as he sat in the agora and he did not return from his implements. Then he left to wash and eat, as he was accustomed, and did not vomit. He accomplished this after being in this custom for a long time, because he started from small amounts until he got to so many large ones. The powers of all drugs are less severe for those used to them and for some they are even useless.” 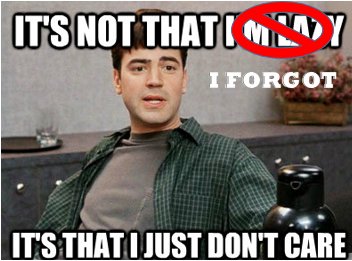 “…One could imagine the poet deciding that drugs, too, are a part of experience, and maybe one could learn even from them. And, that being granted, given the poem’s frequent points of contact with a drug culture of some kind, it is not altogether implausible that in book 11 the poet conducts his hero on a hallucinogenic trip to the Underworld precisely when and where it will do him the most good. But only then, and for very special reasons, does it earn something like his grudging respect”

4 thoughts on “Drugs, the Homeric Scholia and the Lotus-Eaters”