Dionysius of Halicarnassus, On Thucydides 51:

“Against those who think that it is reserved for the well-educated alone to make sense of and understand the words of Thucydides, I am able to say this, that they take the part of the work which is necessary and beneficial to all (indeed, nothing could be more necessary or beneficial) away from common life by thus making it the province of a few men, as happens in oligarchic and tyrannical states. One could easily count the number of people who are able to understand all of Thucydides, and even these people need to rely on a commentary from time to time.” 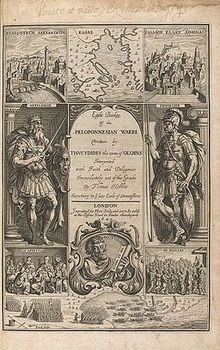 Next summer I am organizing a conference at the Center for Hellenic Studies in Washington, D.C. with my colleague Jacqueline Vayntrub called

5000 Years of Comments: The Development of Commentary from Ancient Mesopotamia to the Age of Information

Check out the call for papers at the link above. I am especially excited about this conference because it will bring together perspectives from different disciplines, both in terms of geography and culture and mode of representation and inquiry.

“The peculiar, indispensable service of Byzantine literature was the  preservation of the language, philology, and archaeology of Greece. It is  impossible to see how our knowledge of ancient literature or civilisation could have been recovered if Constantinople had not nursed through the early Middle Ages the vast accumulations of Greek learning in the schools of Alexandria, Athens, and Asia Minor ; if Photius, Suidas, Eustathius, Tzetzes, and the Scholiasts had not poured out their lexicons, anecdotes, and commentaries ; if the Corpus Scriptorum historiae Byzantinae had never been compiled; if indefatigable copyists had not toiled in multiplying the texts of ancient Greece. Pedantic, dull, blundering as they are too often, they are indispensable. We pick precious truths and knowledge out of their garrulities and stupidities, for they preserve what otherwise would have been lost for ever. It is no paradox that their very merit to us is that they were never either original or brilliant. Their genius, indeed, would have been our loss. Dunces and pedants as they were, they servilely repeated the words of the immortals. Had they not done so, the immortals would have died long ago .”

“Towards the close of the long letter prefixed to the Moralia, he confesses his contempt for the art of speech, and admits that he is not over-careful in the avoidance of barbarisms or inaccurate uses of prepositions, deeming it ‘ utterly unworthy to keep the language of the Divine Oracles in subjection to the rules of Donatus’; and this principle he applies to his own commentary, as well as to the sacred text. His attitude towards the secular study of Latin literature is well illustrated in the letter to Desiderius, bishop of Vienne. He is almost ashamed to mention the rumour that has reached him, to the effect that the bishop was in the habit of instructing certain persons in grammatical learning. ‘ The praises of Christ cannot be pronounced by the same lips as the praises of Jove’. He hopes to hear that the bishop is not really interested in such trifling subjects. Elsewhere, however, the study of Grammar and the knowledge of the liberal arts are emphatically commended on the ground of the aid they afford in the understanding of the Scriptures; but the genuineness of the work, in which this opinion is expressed is doubtful. Later writers record the tradition that Gregory did his best to suppress the works of Cicero, the charm of whose style diverted young men from the study of the Scriptures’, and that he burnt all the books of Livy which he could find, because they were full of idolatrous superstitions. It was even stated that he set the Palatine Library on fire, lest it should interfere with the study of the Bible, but the sole authority for this is John of Salisbury’ (d. 1 180), and the statement is unworthy of credit. “

For the history of Philology this cultural interplay is especially important–the Ancient Near East and Greece have been influencing each other as long as the concepts of these places has existed. And even if Diogenes Laertius wants to deny it, Greek exceptionalism, if it is really a thing, developed because of its connection and communication with Mesopotamia, Egypt and more.

From Diogenes Laertius’ Lives of the Eminent Philosophers, Preface

“Some say that the work of philosophy had its starts among the barbarians, noting that there are Magi among the Persians, Chaldeans among the Babylonians or Assyrians, the gymnosophists among the Indians, the people called Druids or Holy-men among the Celts and Galatians, following what Aristotle says in his Magicus and Sotion writes in the twenty-third book of his Succession. They also say that Okhos was a Phoenician, Zamolksis was Thracian, and Atlas was Libyan.

The Egyptians claim that Hephaistos was a child of Nile and that he began philosophy, making priests and prophets its leaders. From him to Alexander of Macedon there were 48,863 years during which there occurred 373 solar eclipses and 832 lunar eclipses.

From the Magi, whose art was initiated by the Persian Zoroaster, Hermodorus the Platonist in his work on mathematics says that there were 5000 years to the sack of Troy. The Lydian Xanthos says that the period from Zoroaster to Xerxes’ invasion was 6000 years. After that, there were a series of Magi in order named Ostanas, Astrampsykhos, Gobryas, and Pazatas until Persia was subdued by Alexander.

But the writers who attribute this to the barbarians overlook the fact that these achievements are the Greeks, from whom not just philosophy began but the human race too. Look—Mousaios was born among the Athenians, Linus lived in Thebes. The first one, the son of Eumolpos, wrote a Theogony and made the first sphere, and he argued that everything comes from a single thing to which it eventually returns. He died at Phaleron and this is his epitaph:

(The Eumolpidai of Athens get their name from Musaios’ father)

They also say that Linus was the son of Hermes and the Muse Ourania. He wrote a poem about the creation of the universe, the path of the sun and moon, and the creation of the animals and plants. His poem begins: “Once upon a time, everything came into being together.” This is where Anaxagoras got it when he said that all things were originally whole until mind came and separated them. Linus perished in Euboea, shot by Apollo. This is inscribed there:

The earth here received Theban Linus when he died,
The son of the muse Ourania, well-crowned.

And so, philosophy began among the Greeks, which is why its very name resists a foreign translation.”

One thought on “Commentary: What is it Good For?”