“In early Greek thought there was no separation between ethics and aesthetics: the distinction was comparatively late in arising. Plato himself held that the value of Homer’s poetry was immediately diminished by a proof that it did not tell the truth. The idea that poetry is not useful to life first appears among the ancient theorists of poetics; and it was the Christians who finally taught men to appraise poetry by a purely aesthetic standard — a standard which enabled them to reject most of the moral and religious teaching of the classical poets as false and ungodly, while accepting the formal elements in their work as instructive and aesthetically delightful. Many poets since then have conjured up the gods and heroes of pagan mythology; but now we think of them merely as the shadowy puppets of poetic fancy. We might easily regard Homer from the same narrow point of view; but if we did, we should never come to understand what myth and poetry really meant to the Greeks. We are naturally repelled when the philosophical critics of the Hellenistic age sum up Homer’s educational influence in a bald rationalist fabula docet, or when they follow the sophists in making the great epics a mere, encyclopaedia of art and knowledge. But that scholastic idea is only the degenerate form of a real truth — coarsened, like all beauty and all truth, by passing through coarse hands. We are right in feeling such bare utilitarianism to be repulsive to our aesthetic sense; but it is none the less certain that Homer (like all the great Greek poets) is something much more than a figure in the parade of literary history. He is the first and the greatest creator and shaper of Greek life and the Greek character.” 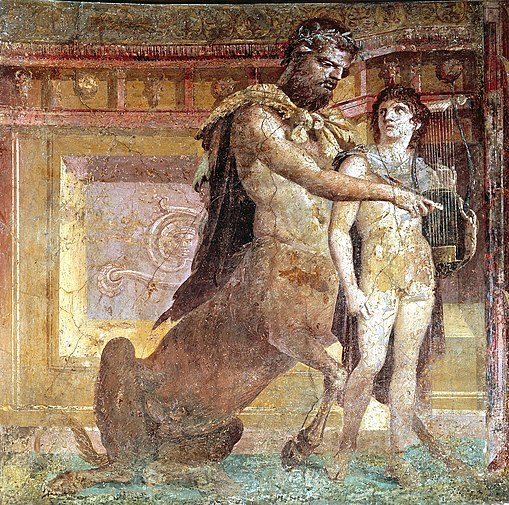