“The fact is this: if they would tolerate the work advancing by stages, so that the studious youth were were steeped in strict reading, they shaped their minds with the sayings the wise, they were digging out words with a tireless pen, they were listening at length to words they want to imitate, and they believed that what was pleasing to children was never truly exceptional, then that old style of oratory would have the weight of its majesty.

As it is now, children play at school and our youths are mocked in public. And what is more disgusting than this, no one is willing to admit in old age whatever nonsense they learned before. But, please don’t think that I am attacking a tenet of Lucilian humility. I will put what I believe in a poem.” 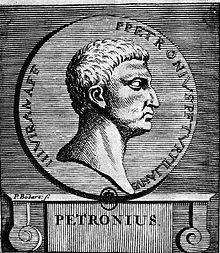