The teaching is not what is requisite for counterbalancing these gross tastes; there is nothing attractive about it; it can hardly be considered by the young people as other than a task; it is very slightly literary and altogether technical. The chief aim is to know Greek and Latin well, to write correctly in verse and prose in these two languages; in fact, by dint of memory and exercises, the most clever succeed in doing so. On one point, the knowledge and the manipulation of Greek, they are far superior to the pupils of our lyceums; I have in my hands prize exercises, in which scenes from Shakespeare are very well translated into Greek iambics in the style of Sophocles.

But on other points I consider them inferior. Their Latin, prose and verse, is less elegant and less pure than that of our good compositions of the class of rhetoric. They do not appear to be really acquainted with history; they recount the legends of Curtius and of Regulus as authenticated facts. They descant on chivalry and the Middle Age in vague generalities, as was done in our old University. They do not appear to apprehend the difference of manners, of sentiments, of ideas, of characters which is the result of centuries. They do not seem to have read, like our good scholars, the works of a genuine historian, of a Thierry, of a Michelet, of a Guizot.

In general, they have few ideas; if the questions relating to existing and practical contemporary politics are excepted, a student of rhetoric in a Parisian lyceum possesses more. They have read many classical texts; but the explanation which is given to them is wholly grammatical and positive. Nothing is done to set forth the beauty of the passage, the delicacies of the style, the pathos of the situation; nor is the process of the writer indicated, the character of his talents, the turn of his mind; all that would seem vague. The master does not speak to the pupils as a critic to persons of taste; he does not endeavour to refine their literary touch; he does not comment upon the great writers of their country. It is the same in mathematics; he teaches formulas rather than the spirit; the manual of geometry is always the text of Euclid learned and said by heart; reason and reasoning hold but a secondary place. “Too frequently this teaching tends to form Greek scholars and calculators.” On the contrary, the young Frenchman of nineteen possesses, if he be intelligent, and if he has been studious, general instruction, a quantity of ideas blocked out, some half ideas of his own, a decided preference for certain authors and a certain form of style, the embryos of theories, vague views about the beautiful, about history, about philosophy, at least the sentiment that there are vast questions of first importance on which he requires to form an opinion, a requirement all the more pressing because around him scepticism floats in the air, because, most frequently, he has lost his religious beliefs, because no prevailing doctrine, imposed or accepted, is at hand to arrest his fluctuating mind, and because, if he desires to cast anchor in a port, he is obliged to seek for the port and forge the anchor.

Here many distinguished Englishmen whom I have known consider their school and even their university education as a simple preparation, a gymnastic, a training of the attention and of the memory, nothing more. They said to me, “When finished with that, we have been obliged to undo, or rather to form, our education; to acquire by personal reading all that we have succeeded in learning about philosophy, about history, about political economy, about the natural sciences, about art, about literature.” A remedy is being found for this defect, the circle is now being enlarged; but it is still narrow, always having Euclid and Sapphic verse as its centre. In consequence, the mind, becoming adult at a later period, arrives later at forming comprehensive views. 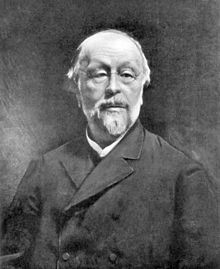 One thought on “Narrow Grammatical Instruction”