“He used to say that the word “disabled” [anapêrous] is not for the deaf or the blind but for those who have no wallet [pêra]. Once he went to a party with young men with his head half shaved—as Metrokles says in his Anecdotes—he got some abuse. After that he wrote down on a tablet the names of the men who hit him and walked around with the tablet on his neck until he had smothered them with insult, ensuring they were blamed and thoroughly undermined.

He used to say that he was the kind of dog people praised, but that no one who praised him dared to join him hunting. When someone said, “I defeat men at the Pythian games!” He responded, “No, I defeat men; you defeat slaves.”

When people said to him, “You’re old, take a rest,” He used to respond, “Why? If I were running a race would it be right for me to slow down near the finish rather than sprinting to the end?” When he was invited to dinner, he said he would not go because the last time he forgot to say “thank you”. 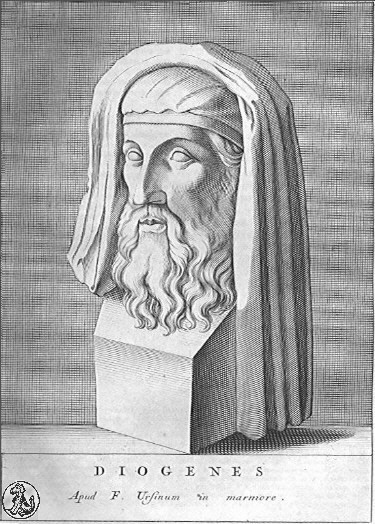