“He was so famous for his dialectic that the majority of people supposed that if the gods had dialectic if would be no different from Chrysippus’. While he had plenty of material, he was not much mistaken in his phrasing too.

He was the hardest working philosopher of them all, as is clear from the mere list of his publications: for their count is beyond 705. But he did advance their number by writing often on the same matter and writing down everything he thought of and correcting it often while also using and abundance of citations. This was so severe that in one of his publications he set out nearly every part of Euripides’ Medea. When someone picked up the book and asked him what he was reading, he said “Chrysippus’ Medea.” 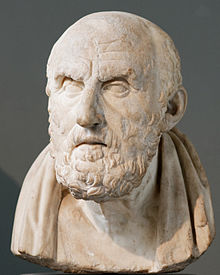