[Marcus Varro is the speaker in this excerpt]

“Because I recognized that philosophy had been most expertly explored in the Greek language, I believed that anyone from Rome who was inclined toward the subject would prefer to read it in Greek, if they were educated in Greek doctrines. If they shuddered at Greek arts and learning, they would not be interested in those very matters which could not be understood without Greek. So, I did not want to write what the unlearned could not understand or what the learned would not care to.”

“When it came to the written letters, Theuth said, ‘This training, King, will make Egyptians wiser and will give them stronger memories: for it is a drug for memory and wisdom!’ But the king replied, “Most inventive Theuth, one man is able to create technology, but another judges how much harm and benefit it brings to those who use it. Just so now you, who are father of letters, declare the opposite of what they are capable because of your enthusiasm.

This craft will engender forgetfulness in the minds of those who learn it from the disuse of the memory since they will trust external writing struck by others, no longer recalling their own thoughts within them. You have discovered a drug for reminding, not one for memory; you will offer students the reputation of wisdom but not the true thing. For many who become students without instruction will seem to know a lot when they are mostly ignorant and difficult to be around, since they have become wise for appearance instead of wise in truth.’

Ph. Socrates, you can easily make up any story about Egypt that you want to…”

M. I do understand that I have been promising this work for a long time now, Atticus. It is something I would not refuse if any bit of open and free time were allotted to me. A work as momentous as this cannot be taken up when one’s efforts are occupied and his mind is elsewhere. It is really necessary to be free from worry and business.

A. What about the other things you have written more of than any of our people? What free time did you have set aside then?

M. These ‘leftover moments’ occur and I will not suffer wasting them—as when there are some days set aside for going to the country, I write something equal to what the number of days allow. But a history cannot be begun unless there is dedicated time and it can’t be completed in a short time. I habitually weigh down my thought when, once I have started, I am distracted by something else. And once a project is interrupted, I do not finish what was started easily.” 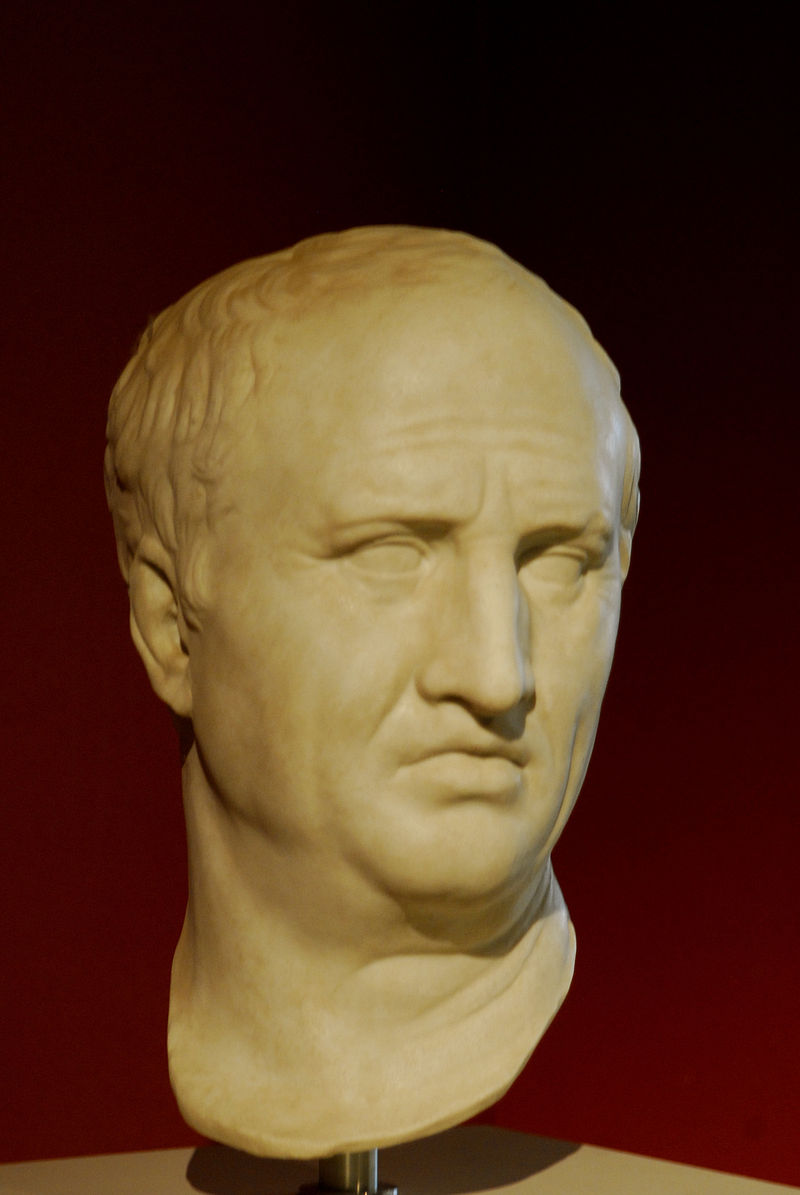 “And so, life passes. Each day, something is read or is written. Then, since I owe something to my friends, I eat with them–not beyond the law, as if anything is these days, but just a little short of it and clearly so. You don’t need to fear my visit at all. You’ll find a guest who eats little, but has many jokes.”

“Well, you write that you fear that my reputation and my respect is depleted because of my mourning and I don’t understand what people are criticizing or what they expect. That I not feel grief? How’s that possible? Should I not be laid out because of it? Who was ever less paralyzed than me? When your home was lifting me up, who did I refuse? Who came and was offended?

I left from you for Astura. These pleasant folks who criticize me can’t even read the number of pages I have written. How well they would do it is another matter, but it is the kind of writing that no one with a truly depressed spirit could accomplish. So, I spend thirty days at “the garden”. Did anyone go lacking seeing me or enjoying my easy conversation?

Right now I am reading things, I am writing things even as those who are with me are managing leisure worse than I handle work. If anyone asks why I’m not at Rome it’s because it’s vacation.”

“Hey now, friend. If we put up with ourselves when we were talking about drinking and music, shouldn’t we dedicate the same energy when talking about the gods and these kinds of topics?

Really, this kind of talk is a big help to good law-making, I think, since proclamation about the law remained final when put down in words, as if they are presented for testing for all time so that even if they are hard to hear at the beginning no one needs to worry about it since it is permitted even for the slowest person to go back and read them often, even if they are long, as long as they are useful. That’s why I think that anyone who has any reason or is a bit righteous won’t hesitate to give his strength to such arguments.”

“Many scholars of Greek studies were not able to communicate what they could teach to their own people because they were unsure that they could share in Latin what they had learned from the Greeks. But I think that in style we have made such improvement that the Greeks do not defeat us even in abundance of words.

The great sickness and heavy pain of our fortune also compelled my mind to this work. If I could have discovered any greater relief, I would not have taken refuge in this most potent comfort. Indeed, I was incapable of enjoying this in any other way that not merely reading books but also writing a monograph on all of philosophy.

We most readily come to learn every part of a subject and all of its parameters when all the questions are explained by writing. And philosophy, moreover, is a certain kind of marvelous continuation and series of things where different ideas appear to be interwoven with each other and they all connect in some way and are bound together.”

“For this reason it is necessary that every serious person does not write about serious subjects so that they might not end up an object of envy or confusion among regular people. Simply, when you look at someone’s written work, whether it is a law by a legislator or anything by anyone else, you need to understand that this is not the person’s most serious work even if the author is very serious. Instead, his best works remain in the most noble part of his own realm. But if it turns out that the most serious works are those they have been written down, it is surely not the gods, but mortals themselves “who have totally ruined their senses.”

Anyone who has been following this story and my digression will clearly know that whether Dionysus has written anything about the ultimate and primary truths of nature or some lesser or greater mind has done the same, according to my argument nothing of what he has written is sound thanks to what he has learned or what he has heard. For, he would have the same respect for these things as I do and would not dare to make them available for inappropriate or unacceptable reception.

Dionysius did not write those things for the sake of reminding himself. For there is no danger of anyone forgetting a thing once he has obtained it with his soul, where it is settled among the smallest of all places. But it was for shameful pride, if truly he did write, either as a way of establishing the ideas as his own or to demonstrate that he was an initiate in great learning for which he proved himself unworthy by delighting in the reputation he might gain from it. If this happened to Dionysius because of our single interaction, it could be the case. But how, Only Zeus knows, as the Theban says. For, as I said before, I went through my ideas with him only once and never again afterwards.”

“There’s clearly nothing for me to write to you about. You know everything worth knowing and I have nothing to expect from you. Still, let me keep up our practice so that we don’t let anyone travel near you without a letter.

I am really afraid for our country. I have barely found anyone who doesn’t think we should give Caesar what he wants, rather than fighting with him.”

“I have also composed a three book poem On My Times which I ought to have sent you previously if I thought it right to publish it. For these books are truly an eternal testament of your efforts for me and my duty to you. But I was reluctant not because of those who might judge themselves wounded by it—I have done this rarely and gently—but because of those who had helped me, if I had named them at all I would have gone on for ever.

But you will still see these books if I can find anyone I can rightly trust to bring them to you. I will entrust this for your preservation. I pass to you for judgment this part of my life and my practice, however much I am able to accomplish in literature, in research and in our old pleasures, I send to you who have always loved these things.”

“I’m doing well because you are! You have your wife, and you have your son. You enjoy the sea, the streams, the forest, the fields and your most charming home. I cannot doubt that it must be truly charming when it’s the place where a man stays who was already lucky before he became the luckiest!

I am hunting and studying in Tuscany, either taking turns between them or trying them at the same time. I am not able right now to tell you whether it is more difficult to catch something or write about it. Be well!”