“But a longing for Odysseus who has gone wrecks me.
I am feel ashamed to name him, stranger, even though he is absent.
For he used to really care about me and take pains in his heart.
But I call him my older brother even though he is not here.”

Translators who contend with this passage may struggle with it because it seems odd in English to say “I feel shame to name…” someone. In fact, I don’t think I would understand this passage at all (and I still might be wrong) if it were not for my wife’s language and culture (she speaks Tamil, a language from southern India). In many cultures, naming someone by their personal name is a sign of privilege; not naming them or using an honorific is a token of respect. In Tamil, for instance, there are different names for aunts and uncles depending on whether they are older or younger than your parents.

Outside of the family, as a sign of respect, one calls older men and women aunt and uncle (or grandfather and grandmother) and family friends or cousins of close age but still older “big sister” (akka) or big brother (anna).

The passage above hinges, I think, on some kind of a token of respect. Eumaios, the swineherd, is hesitant to speak Odysseus’ name and declares that he should call him êtheion. Most translators render this as “lord”, “sir”, “master”. But the scholia give a different answer.

BQ. “But I call him elder…” I do not call Odysseus ‘master’ but big brother because of his loving-care for me. For to êtheie is the address of a younger [brother] to an older.”

H. “This is one part of the speech [?]. But it clearly means older brother”

The sociolinguistic apparatus that conveys the full force of Eumaios’ feeling here is not fully present in English. But even just translating this as “brother” would make sense since, earlier, Eumaios claims that he would not even mourn his parents as much as he would Odysseus.

(This is a little disturbing from the perspective of how a slave defers to the master, but it works out even better for Eumaios’ view of his position in the ‘family’ since later he says that he was raised with Odysseus’ sister Ktimene). 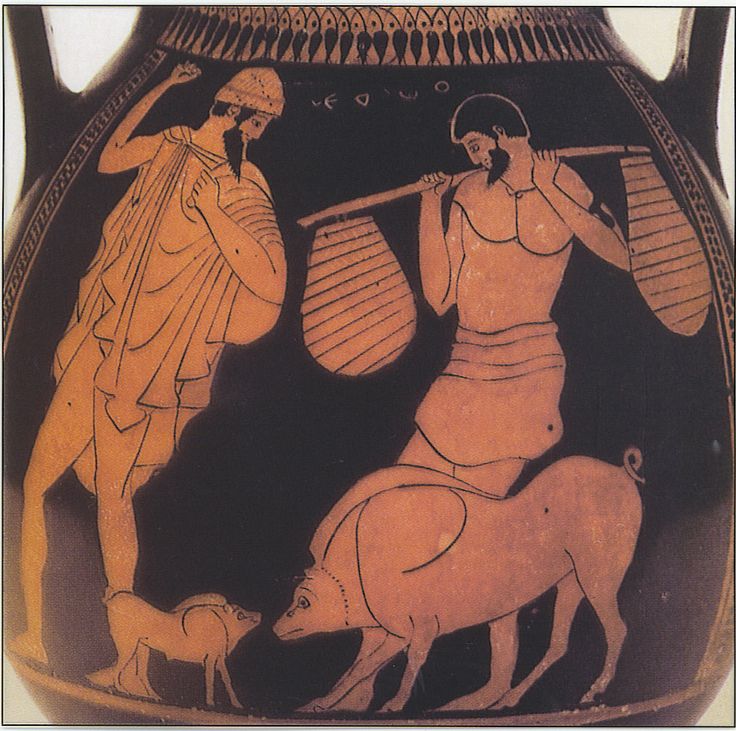 One thought on “Odysseus, Older Brother”