Thereupon some of the Sabines fought with the Romans and were defeated. The rest of the Sabines made Titus Tatius their leader and set out against Rome. They took the Capitoline, which was betrayed by Tarpeia, the daughter of the Roman general. For she went down to the water where she was caught and brought to Titus Tatius, and she was persuaded to betray the defense of the city because she was desirous of the golden bracelets, which the Sabines were wearing on their left arms. She demanded these bracelets as a payment for her betrayal. At night, when Tatius had taken his position, she opened one gate and let the Sabines in. As Tatius entered, he commanded his forces to give Tarpeia whatever they had on their left arms. Tatius was the first to toss his armlet at Tarpeia, along with his shield. When everyone else did likewise, she was struck with the gold and, being showered with shields, she died under their weighty multitude.

This man Tatius accomplished in deed what Caesar and Antigonus subsequently talked about with words. For he claimed that he loved treachery, but hated the traitor. Antigonus however, said that he would welcome those who were in the act of treachery, but decreed death to those who had completed their treason. 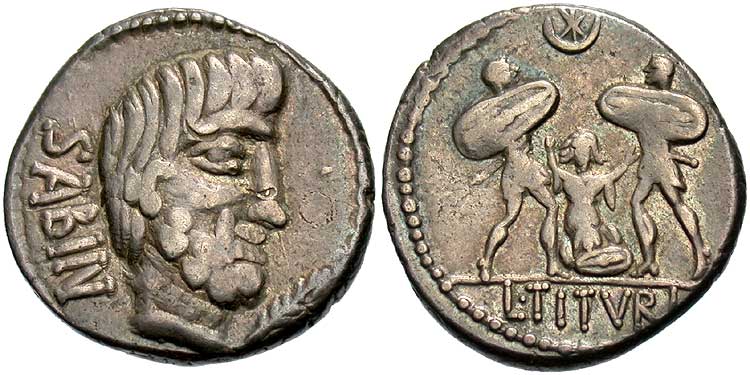 One thought on “Zonaras 7.3 Part V – Titus Tatius and the Death of Tarpeia”