“Seisakhtheia: Shaking off burdens. The abolition of public and private debts which Solon introduced. Its name comes from the Athenian habit of having the poor work with their bodies for their creditors. When they finished the debt it was like “shaking [aposeisasthai] off the burden” [akhthos]. For this situation, as Philokhoros sees it, the burden was really “voted off”.

“Solon the law-giver of the Athenians, persuaded by friends who were in debt, introduced the cancellation of debts.” 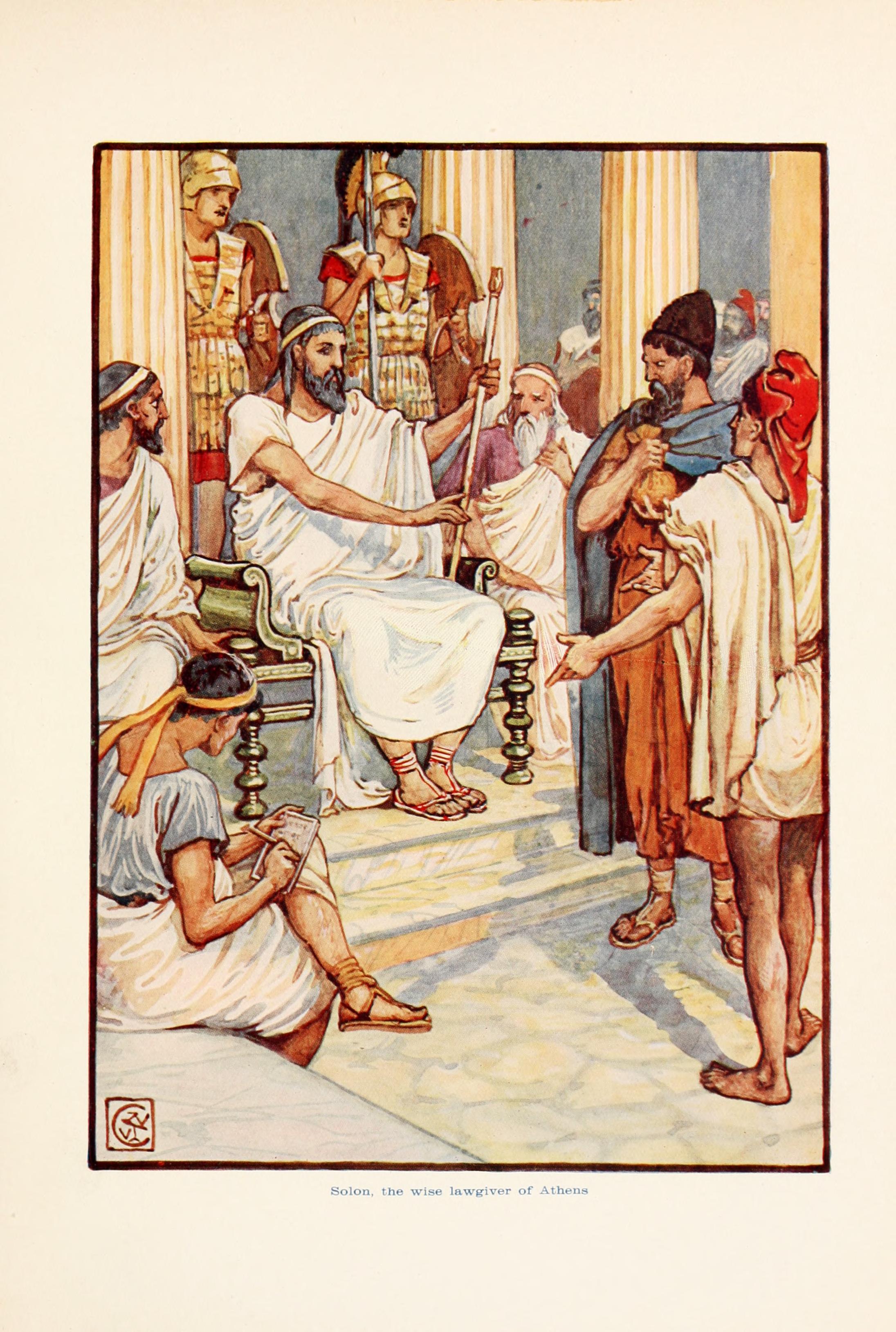 “Solon the son of Exekestides, born at Salamis, was the first to introduce the Abolition of Debts for the Athenians. This was a release of bodies and property. For people used to borrow money with their bodies as collateral and many were compelled to work as servants because of poverty. Indeed, he rejected a debt of seven talents due to him because of his father and advised the rest to do what he did. The law is called shaking-off-the-burden for obvious reasons.

or, just collect the balance in hell

“This ancient custom of the Gauls returns to my mind as I leave their walls: The story goes that they used to loan money which was scheduled to be repaid in the underworld, because they considered human souls to be immortal. I would call them fools if they didn’t believe the same thing wearing pants as Pythagoras did wrapped in his cloak.”