“20. As soon as the masses are compelled to love or hate people excessively, every excuse is sufficient for them to complete their plans.

21 But I worry that I might overlook the fact that the oft-cited saying applies to me: “who is the greater fool, the one who milks a male-goat or the one who holds the bucket* to catch it?”

For, I also seem, in reporting what is agreed upon as a lie and in dragging out the process to do something very similar. For this reason, it is pointless to talk about these things, unless someone also wants to write down dreams and examine the fantasies of someone who is awake.”

*koskinos here actually means “sieve”, which makes the whole process even more futile. I simplified to “bucket” to make it easier to understand…

“To milk a he-goat”: this is applied to those who do something incongruous and ignorant. From this we also get the saying from Diogenianus: “Who is the greater fool, the one who milks a male-goat or the one who holds the bucket to catch it?”

“I [Hippocrates] said, “Know that you should explain the reason for your laughter.” And [Democritus], after glaring at me for a bit, said, “you believe that there are two reasons for my laughter, good things and bad things. But I laugh for one reason: the human being. Humans are full of ignorance but empty of correct affairs, acting like babies in their little plots, and also laboring over endless toil without winning any profit.

Humans travel to the ends of the earth and over the uncharted wilds with unchecked desires, minting silver and gold and never stopping in the pursuit of possession, but always throwing a fit for more, so that there’s never one bit less than others have. And then, they are not at all ashamed to call themselves happy.” 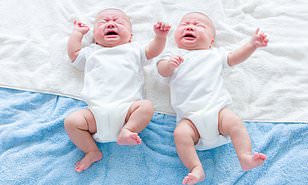 “Whoever gets in the ring with Lust
Like a boxer with his hands up is stupid.
That one rules even the gods the way he wants.
And me too. How could he not rule a woman like me?”

“I pitied her when I saw her especially
Because her beauty has ruined her life.”

“I have an old gift from an ancient beast…”

“May I never know anything about evil deeds
Nor learn them. I hate those women who commit them.”

“But tell me the whole truth: it is not noble
For a free person to be called a liar.”

“May I never know anything about evil deeds
Nor learn them. I hate those women who commit them.”

“I have only gained knowledge of these things
Too late, now that it is no longer useful?”

“Mother, I wish I could choose one of three things:
That you were no longer alive, or, if you lived
That you would be someone else’e mother, or at least
Change your thoughts to something better than you have now.”

“How could I cure your body by lighting it afire?”

“Shit. It is bad to get angry with one who is sick
But it is hard to see someone thinking like this.”

“Close it quickly: it is not a sign of a wise doctor
To chant spells over a wound that needs cutting.”

“You, do what I advise and perhaps you will quickly learn
That even if I am unlucky, I have survived.”

“This is the final word your Ajax ever says
I’ll tell the rest below in Hades to the dead.”

“So, then, for these reasons, too, people make claims about the truth. And even if it seems to be the case that these assertions are correct about arguments, it is nearly close to madness to think the same way when it comes to facts.

For no crazy person is so twisted as to believe that fire and ice are the same thing! No, beautiful things and those which seem beautiful only appear not to be different at all to some people because of habit, because of madness.”

“I know nothing more—but I pity him
Now that he suffers, even if he hates me,
Since this evil ruin has him bound.
Really, I am looking more at his fate than my own.
For I see that those of us alive are nothing
More than ghosts or empty shadows.”

“But it is not possible to teach fools
Correct judgments about these things.”

“For recognizing your own suffering
When no one else has brought it about
Lays out great grief too.”

“If you had the choice, would you
Cause your friends pain while you enjoyed pleasure?
Or be a partner in grief, to share with your friends?”

“The laws are never taken well in a city
Where fear has not been planted too.
Nor can any army be ruled wisely
If it has no foundation of fear and shame.

But even if someone has a powerful body
He can seem to fall because of some minor evil.
Understand this: whoever has shame and fear
That’s the person who has safety.

But wherever it is that someone can be outrageous and do what they want
Know that this city eventually will sink to the depth
Even if it was running smoothly for years.

Let me have some fear then at the right time
And let us not imagine that if we do what makes us happy
We won’t pay the penalty of grief in turn.”

“To speak Cretan to Cretans: Since they liars and deceivers”

“krêtizein: used for lying and deceiving. People use this phrase because Krêtans are liars.”

“To be a Cretan: People use this phrase to mean lying and cheating. And they say it developed as a proverb from Idomeneus the Cretan. For, as the story goes, when there was a disagreement developed about the greater [share] among the Greeks at troy and everyone was eager to acquire the heaped up bronze for themselves, they made Idomeneus the judge. Once he took open pledges from them that they would adhere to the judgments he would make, he put himself in from of all the rest! For this reason, it is called Krêtening.”

“Krêtizein: to lie. For Idomenus, when he was placed in charge of distributing the bronze from the spoils, chose the best for himself.”

There is another tradition too for why Cretans are liars:

“In the eighth book of his Notes, Athenodorus says that Thetis and Medeia competed over beauty in Thessaly and made Idomeneus the judge—he gave the victory to Thetis. Medeia, enraged, said that Kretans are always liars and she cursed him, that he would never speak the truth just has he had [failed to] in the judgment. And this is the reason that people say they believe that Kretans are liars. Athenodorus adds that Antiokhos records this in the second book of his Urban Legends.”

Of course, in the Odyssey Idomeneus shows up in Odysseus’ lies

“I heard of Ithaca even in broad Krete
Far over the sea. And now I myself have come
With these possessions. I left as much still with my children
When I fled, because I killed the dear son of Idomeneus,
Swift-footed Orsilokhos who surpassed all the grain-fed men
In broad Krete with his swift feet
Because he wanted to deprive me of all the booty
From Troy, over which I had suffered much grief in my heart,
Testing myself against warlike men and the grievous waves.
All because I was not showing his father favor as an attendant
In the land of the Trojans, but I was leading different companions.
I struck him with a bronze-pointed spear as he returned
From the field, after I set an ambush near the road with a companion.
Dark night covered the sky and no human beings
Took note of us, I got away with depriving him of life.
But after I killed him with the sharp bronze,
I went to a ship of the haughty Phoenicians
And I begged them and gave them heart-melting payment.”

This is the first ‘lie’ Odysseus tells upon his arrival on Ithaca. He does not know that he is speaking to Athena and a scholiast explains his choices as if he were speaking to a suitor or one who would inform them.

“He explains that he killed Idomeneus’ son so that the suitors will accept him as an enemy of dear Odysseus. He says that he has sons in Crete because he will have someone who will avenge him. He says that the death of Orsilochus was for booty, because he is showing that he would not yield to this guy bloodlessly. He says that he trusted Phoenicians so that he may not do him wrong, once he has reckoned that they are the most greedy for profit and they spared him.”

“I am leaving famous Ilion and my altars.
Whenever terrible isolation overtakes a city
The gods’ places turn sick and don’t want to receive worship”

“That famous lord of the Achaeans, Agamemnon
Will make me a wife harder to handle than Helen:
I will kill him. I will destroy his home
And take vengeance for my brothers and father…”

“Their army has earned this kind of praise:
Silence is better for shame, may my Muse
Never be a singer who recalls their terrible deeds.”

“Listen how it is with Hektor’s mournful tale:
He died, leaving a reputation as the best man.
The coming of the Greeks made this happen.
If they had stayed home, his value would have stayed hidden.”

“You fear a child this young? I can’t praise fear
When someone is frightened without examining why.”