There is the noted tyrannicide who, though his work was incomplete, was captured and when he was tortured to inform upon his fellow conspirators, named the friends of the tyrant standing around, to whom he knew the life of the tyrant was actually very dear. And when Hippias ordered them to be killed one by one as they were named, he asked whether anyone remained. The tyrannicide responded, ‘Only you – for I have left out no one else to whom you were dear.’ Anger brought it about that the tyrant accommodated his hands to the tyrannicide, and killed his guard with his very own hand. 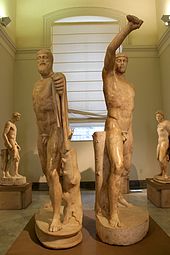