“He and my sister will live with me during my stay here. I have a house about as large as Lord Dudley’s in Park Lane, or rather larger, so that I shall accommodate them without the smallest difficulty. This arrangement is acceptable to me, because it saves me from the misery of parting with my sister in this strange land; and is, I believe, equally gratifying to Trevelyan, whose education, like that of other Indian servants, was huddled up hastily at home; who has an insatiable thirst for knowledge of every sort ; and who looks on me as little less than an oracle of wisdom. He came to me the other morning to know whether I would advise him to keep up his Greek, which he feared he had nearly lost I gave him Homer, and asked him to read a page; and I found that, like most boys of any talent who had been at the Charterhouse, he was very well grounded in that language. He read with perfect rapture, and has marched off with the book, declaring that he shall never be content, till he has finished the whole. This, you will think, is not a bad brother-in-law for a man to pick up in 22 degrees of North latitude, and 100 degrees of East longitude.

I read much, and particularly Greek; and I find that I am, in all essentials, still not a bad scholar. I could, I think, with a year’s hard study, qualify myself to fight a good battle for a Craven’s scholarship. I read, however, not as I read at College, but like a man of the world. If I do not know a word, I pass it by unless it is important to the sense. If I find, as I have of late often found, a passage which refuses to give up its meaning at the second reading, I let it alone. I have read during the last fortnight, before breakfast, three books of Herodotus, and four plays of Aeschylus. My admiration of Aeschylus has been prodigiously increased by this re-perusal. I cannot conceive how any person of the smallest pretension to taste should doubt about his immeasurable superiority to every poet of antiquity, Homer only excepted. Even Milton, I think, must yield to him. It is quite unintelligible to me that the ancient critics should have placed him so low. Horace’s notice of him in the Ars Poetica is quite ridiculous. There is, to be sure, the “magnum loqui” but the great topic insisted on is the skill of Aeschylus as a manager, as a property-man; the judicious way in which he boarded the stage; the masks, the buskins, and the dresses. And, after all, the “magnum loqui,” though the most obvious characteristic of Aeschylus, is by no means his highest or his best. Nor can I explain this by saying that Horace had too tame and unimaginative a mind to appreciate Aeschylus. Horace knew what he could himself do, and, with admirable wisdom, he confined himself to that; but he seems to have had a perfectly clear comprehension of the merit of those great masters whom he never attempted to rival. He praised Pindar most enthusiastically. It seems incomprehensible to me that a critic, who admired Pindar, should not admire Aeschylus far more.” 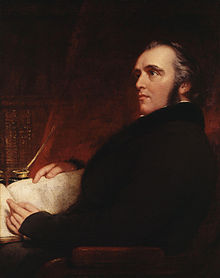