“With the single exception of Homer, there is no eminent writer, not even Sir Walter Scott, whom I can despise so entirely as I despise Shakespeare when I measure my mind against his. The intensity of my impatience with him occasionally reaches such a pitch, that it would positively be a relief to me to dig him up and throw stones at him, knowing as I do how incapable he and his worshippers are of understanding any less obvious form of indignity. To read “Cymbeline ” and to think of Goethe, of Wagner, of Ibsen, is, for me, to imperil the habit of studied moderation of statement which years of public responsibility as a journalist have made almost second nature in me.” 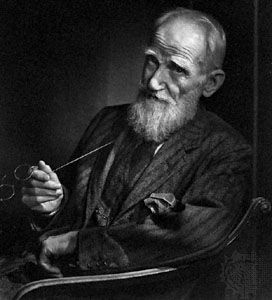 One thought on “F**k Shakespeare and Homer!”