I resume the thrid of my discourse with the first of my translations, which was the First Iliad of Homer. If it shall please God to give me longer life, and moderate health, my intentions are to translate the whole Ilias; provided still that I meet with those encouragements from the public which may enable me to proceed in my undertaking with some cheerfulness. and this I dare assure the world before-hand, that I have found by trial Homer a more pleasing task than Virgil, (tho’ I say not the translation will be less laborious). For the Grecian is more according to my genius than the Latin poet. In the works of the two authors we may read their manners and natural inclinations, which are wholly different. Virgil was of a quiet, sedate temper; Homer was violent, impetuous, and full of fire. The chief talent of Virgil was propriety of thoughts, and ornament of words; Homer was rapid in his thoughts, and took all the liberties, both of numbers and of expressions, which his language, and the age in which he liv’d, allow’d him. Homer’s invention was more copious, Virgil’s more confin’d; so that if Homer had not led the way, it was not in Virgil to have begun heroic poetry; for nothing can be more evident than that the Roman poem is but the second part of the Ilias; a continuation of the same story, and the persons already form’d; the manners of Æneas are those of Hector superadded to those which Homer gave him. The adventures of Ulysses in the Odysseis are imitated in the first six books of Virgil’s Æneis; and tho’ the accidents are not the same, (which would have argued him of a servile, copying, and total barrenness of invention,) yet the seas were the same, in which both the heroes wander’d; and Dido cannot be denied to be the poetical daughter of Calypso. T

he six latter books of Virgil’s poem are the four and twenty Iliads contracted: a quarrel occasion’d by a lady, a single combat, battles fought, and a town besieg’d. I say not this in derogation to Virgil, neither do I contradict anything which I have formerly said in his just praise: for his episodes are almost wholly of his own invention; and the form which he has given to the telling makes the tale his own, even tho’ the original story had been the same. But this proves, however, that Homer taught Virgil to design; and if invention be the first virtue of an epic poet, then the Latin poem can only be allow’d the second place. Mr. Hobbes, in the preface to his own bald translation of the Ilias (studying poetry as he did mathematics, when it was too late)—Mr. Hobbes, I say, begins the praise of Homer where he should have ended it. He tells us that the first beauty of an epic poem consists in diction, that is, in the choice of words, and harmony of numbers: now the words are the coloring of the work, which in the order of nature is last to be consider’d. The design, the disposition, the manners, and the thoughts, are all before it: where any of those are wanting or imperfect, so much wants or is imperfect in the imitation of human life; which is in the very definition of a poem.

Words, indeed, like glaring colors, are the first beauties that arise and strike the sight: but if the draught be false or lame, the figures ill dispos’d, the manners obscure or inconsistent, or the thoughts unnatural, then the finest colors are but daubing, and the piece is a beautiful monster at the best. Neither Virgil nor Homer were deficient in any of the former beauties; but in this last, which is expression, the Roman poet is at least equal to the Grecian, as I have said elsewhere; supplying the poverty of his language by his musical ear, and by his diligence.

But to return: our two great poets, being so different in their tempers, one choleric and sanguine, the other phlegmatic and melancholic; that which makes them excel in their several ways is that each of them has follow’d his own natural inclination, as well in forming the design as in the execution of it. The very heroes shew their authors: Achilles is hot, impatient, revengeful, Impiger, iracundus, inexorabilis, acer,&c.; Æneas patient, considerate, careful of his people, and merciful to his enemies; ever submissive to the will of Heaven—Quo fata trahunt retrahuntque sequamur. I could please myself with enlarging on this subject, but am forc’d to defer it to a fitter time.

From all I have said I will only draw this inference, that the action of Homer being more full of vigor than that of Virgil, according to the temper of the writer, is of consequence more pleasing to the reader. One warms you by degrees: the other sets you on fire all at once, and never intermits his heat. ’Tis the same difference which Longinus makes betwixt the effects of eloquence in Demosthenes and Tully. One persuades; the other commands. You never cool while you read Homer, even not in the second book (a graceful flattery to his countrymen); but he hastens from the ships, and concludes not that book till he has made you an amends by the violent playing of a new machine. From thence he hurries on his action with variety of events, and ends it in less compass than two months. This vehemence of his, I confess, is more suitable to my temper; and therefore I have translated his first book with greater pleasure than any part of Virgil; but it was not a pleasure without pains. The continual agitations of the spirits must needs be a weak’ning of any constitution, especially in age; and many pauses are requir’d for refreshment betwixt the heats; the Iliad of itself being a third part longer than all Virgil’s works together. 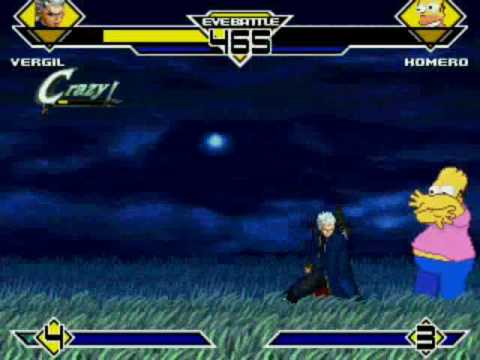 2 thoughts on “Controversial Topics for the Thanksgiving Table: HOMER VS. VERGIL”