Years ago a musician said to me: ‘But isn’t there a place where you can get it all [meaning all of poetry] as in Bach?’

There isn’t. I believe if a man will really learn Greek he can get nearly ‘all of it’ in Homer.

I have never read half a page of Homer without finding melodic invention, I mean melodic invention that I didn’t already know. I have, on the other hand, found also in Homer the imaginary spectator, which in 1918 I still thought was Henry James’ particular property.

Homer says, ‘an experienced soldier would have noticed ‘. The sheer literary qualities in Homer are such that a physician has written a book to prove that Homer must have been an army doctor. (When he describes cer­tain blows and their effect, the wounds are said to be accurate, and the description fit for coroner’s inquest.) Another French scholar has more or less shown that the geography of the Odyssey is correct geography; not as you would find it if you had a geography book and a map, but as it would be in a ‘periplum’, that is, as a coasting sailor would find it.

The news in the Odyssey is still news. Odysseus is still ‘very human’, by no means a stuffed shirt, or a pretty figure taken down from a tapestry. It is very hard to describe some of the homeric conversation, the irony, etc., without neologisms, which my publishers have suggested I eschew. The only readable translation of this part of Homer known to me was made by Amadis Jamyn, secre­taire et lecteur ordinaire du Roy (Henry III of France). He refers to Odysseus as ‘ce rusé personnage’.

You can’t tuck Odysseus away with Virgil’s Aeneas. Odysseus is emphatically ‘the wise guy’, the downy, the hard-boiled Odysseus. His companions have most of them something that must have been the Greek equivalent of shell-shock.

And the language of the conversations is just as alive as when one of Edgar Wallace’s characters says, ‘We have lost a client’.

W. B. Yeats is sufficiently venerated to be cited now in a school book. The gulf between Homer and Virgil can be illustrated profanely by one of Yeats’ favourite anecdotes.

A plain sailor man took a notion to study Latin, and his teacher tried him with Virgil; after many lessons he asked him something about the hero.

Said the sailor: ‘What hero?’

Said the teacher: ‘What hero, why, Aeneas, the hero. ‘ 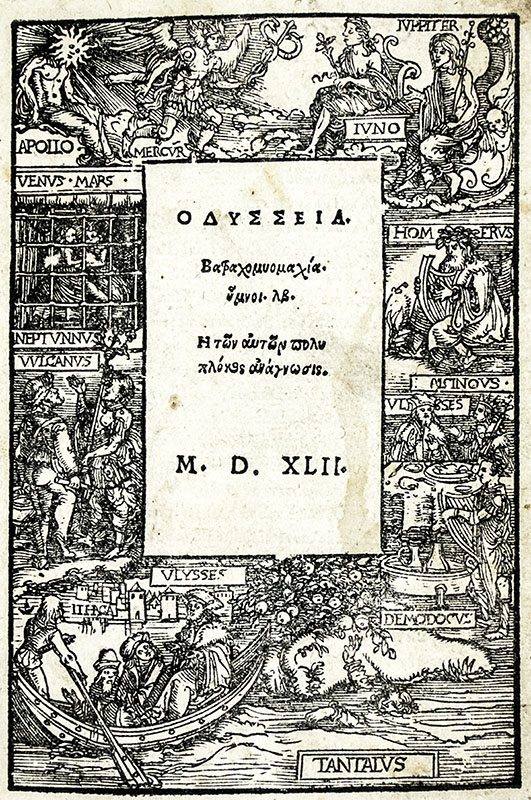