“There are some people who get puffed up if they manage to talk about something tolerably after they have themselves selected a strange and impossible subject. Men have also grown old claiming that it is impossible to say or disprove a lie or to speak two ways about the same matters. Others claim that courage, wisdom, and justice are the same thing, that we have none of these by nature, and that there is a single knowledge about them all. Others waste their time in conflicts which bring no benefit, which can only create more trouble for those who approach them.

I, if I saw that this superfluity had only just emerged in speeches and that these men were eager for honor in the novelty of what they discover, I would not be a surprised at them. But, now, who is such a late-learner that he does not know Protagoras and the sophists who were active at his time and that they left to us these types of things and speeches even more excessively composed than these? How could anyone overcome Gorgias who dared to say that nothing exists at all or Zeno who tried to demonstrate that the same things are possible and impossible or even Melissos who—although some things are countless in number—tried to provide a proof that everything is one!”

“Kosmos for a city is a good-population; for a body it is beauty; for a soul, wisdom. For a deed, excellence; and for a word, truth. The opposition of these things would be akosmia. It is right, on the one hand, to honor a man and a woman and a deed and a city and a deed worthy of praise with praise and to lay reproach on the unworthy. For it is equally mistaken and ignorant to rebuke the praiseworthy and praise things worthy of rebuke.

It is thus necessary for the same man to speak truly and refute those who reproach Helen, a woman about whom the belief from what the poets say and the fame of her name are univocal and single-minded, that memory of sufferings. I want, by giving some reckoning in speech, to relieve her of being badly spoken, and, once I demonstrate and show that those who reproach her are liars, to protect the truth from ignorance” 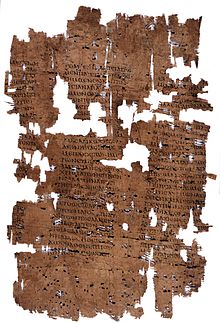