“If you were sick, you would break from personal affairs and neglect your work responsibilities—you would not care enough for an client to work on his case during a brief respite from illness. No, you would work with all your mind to free yourself from sickness as soon as possible.

What then? Won’t you do the same thing now? Dismiss all obstacles and dedicate yourself to a healthy mind. No one who is distracted can achieve this. Philosophy rules her own realm: she makes the time and does not accept appointments. She is not a random assignment but a regular obligation. She is master: she is here and commands.

Alexander, to a certain state who promised him half of their possessions and lands, said “I came into Asia not with the plan of me taking what you offered but for you to have whatever I left behind.” In the same way, philosophy says to all other affairs: “I am not going to accept the time you don’t need, but you may have the time I don’t take.” 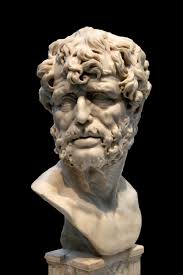 This reminds me of a passage from Epictetus:

Epictetus, Treatises Collected by Arrian, 2.15: To those who cling to any judgments they have made tenaciously

“Whenever some people hear these words—that it is right to be consistent, that the moral person is free by nature and never compelled, while everything else may be hindered, forced, enslaved, subjected to others—they imagine that it is right that they maintain every judgment they have made without compromising at all.

But the first issue is that the judgment should be a good one. For, if I wish to maintain the state of my body, it should be when it is healthy, well-exercised. If you show me that you have the tone of a crazy person and brag about it, I will say ‘Dude, look for a therapist. This is not health, but sickness.’ “

One thought on “Seneca and Epictetus: We Need Sick Days for Mental Health”