“From Heaven’s Gate to Hampstead Heath
Young Bacchus and his crew
Came tumbling down, and o’er the town
Their bursting trumpets blew.
The silver night was wildly bright,
And madly shone the Moon
To hear a song so clear and strong,
With such a lovely tune.

Sir Moses came with eyes of flame,
Judd, who is like a bloater,
The brave Lord Mayor in coach and pair,
King Edward, in his motor.

Far in a rosy mist withdrawn
The God and all his crew,
Silenus pulled by nymphs, a faun,
A satyr drenched in dew,

Smiled as they wept those shining tears
Only Immortals know,
Whose feet are set among the stars,
Above the shifting snow.

And one spake out into the night,
Before they left for ever,
‘Rejoice, rejoice!’ and his great voice
Rolled like a splendid river.

He spake in Greek, which Britons speak
Seldom, and circumspectly;
But Mr. Judd, that man of mud,
Translated it correctly.

And when they heard that happy word,
Policemen leapt and ambled:
The busmen pranced, the maidens danced,
The men in bowlers gambolled.

A wistful Echo stayed behind
To join the mortal dances,
But Mr Judd, with words unkind,
Rejected her advances.

And passing down through London Town
She stopped, for all was lonely,
Attracted by a big brass plate
Inscribed, FOR MEMBERS ONLY.

And so she went to Parliament,
But those ungainly men
Woke up from sleep, and turned about,
And fell asleep again.” 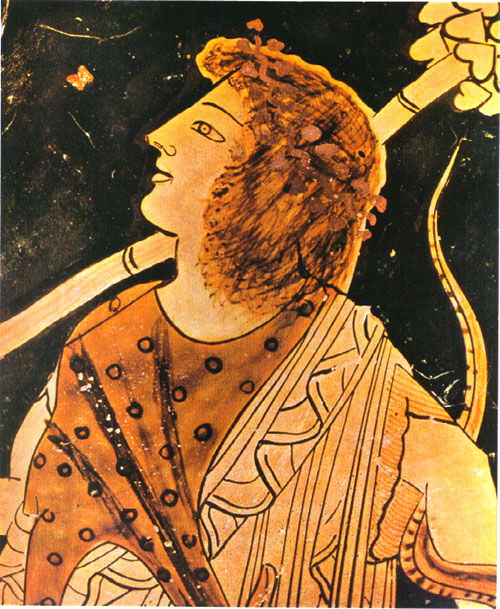