“I acquired a bitter detestation of war, less for its horrors than for its boredom and futility, and a contempt for its panache. To speak of glory seemed a horrid impiety. That was perhaps why I could not open Homer. I found that I could read very little, and that many things which used to charm me seemed meaningless, since they belonged to a dead world. My reading was chiefly in the Latin and Greek classics, which were beyond the caprice of time. I read and re-read Thucydides, for he also had lived among crumbling institutions; Virgil, for he had known both the cruelty and the mercy of life; Plato, above all, for he was seraphically free from the pettinesses which were at the root of our sorrows.” 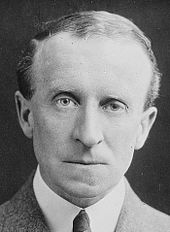 One thought on “Classics Beyond the Caprice of Time”