William Gladstone, Studies on Homer and the Homeric Age:

“It may be enough for Homer’s fame, that the consent of mankind has irrevocably assigned to him a supremacy among poets, without real competitors or partners, except Dante and Shakspeare; and that, perhaps, if we take into view his date, the unpreparedness of the world for works so extraordinary as his, the comparative paucity of the traditional resources and training he could have inherited, he then becomes the most extraordinary, as he is also the most ancient, phenomenon in the whole history of purely human culture. In particular points he appears to me, if it be not presumptuous to say so much, to remain to this day unquestionably without an equal in the management of the poetic art. If Shakspeare be supreme in the intuitive knowledge of human nature and in the rapid and fertile vigour of his imagination, if Dante have the largest grasp of the ‘height and depth’ of all things created, if he stand first in the power of exhibiting and producing ecstasy, and in the compressed and concentrated energy of thought and feeling, Homer, too, has his own peculiar prerogatives. Among them might perhaps be placed the faculty of high oratory; the art of turning to account epithets and distinctive phrases; the production of indirect or negative effects; and the power of creating and sustaining dramatic interest without the large use of wicked agents, in whom later poets have found their most indispensable auxiliaries. But all this is not enough for us who read him. If the works of Homer are, to letters and to human learning, what the early books of Scripture are to the entire Bible and to the spiritual life of man; if in them lie the beginnings of the intellectual life of the world, then we must still recollect that that life, to be rightly understood, should be studied in its beginnings. There we may see in simple forms what afterwards grew complex, and in clear light what afterwards became obscure; and there we obtain starting-points, from which to measure progress and decay along all the lines upon which our nature moves.” 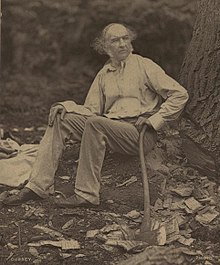