“The English clergy, in whose hands education entirely rest, bring up the first young men of the country as if they were all to keep grammar-schools in little country-towns; and a nobleman, upon whose knowledge and liberality the honour and welfare of his country may depend, is diligently worried, for half his life, with the small pedantry of longs and shorts. There is a timid and absurd apprehension, on the part of ecclesiastical tutors, of letting out the minds of youth upon difficult and important subjects. They fancy that mental exertion must end in religious skepticism; and, to preserve the principles of their pupils, they confine them to the safe and elegant imbecility of classical learning.

A genuine Oxford tutor would shudder to hear his young men disputing upon moral and political truth, forming and pulling down theories, and indulging in all the boldness of youthful discussion. He would augur nothing from it but impiety to God and treason to kings. And yet, who vilifies both more than the holy poltroon who carefully averts from them the searching eye of reason, and who knows no better method of teaching the highest duties, than by extirpating the finest qualities and habits of the mind? If our religion is a fable the sooner it is exploded the better. If our government is bad, it should be amended. But we have no doubt of the truth of the one, or of the excellence of the other; and are convinced that both will be placed on a firmer basis in proportion as the minds of men are more trained to the investigation of truth. At present, we act with the minds of our young men as the Dutch did with their exuberant spices. An infinite quantity of talent is annually destroyed in the universities of England by the miserable jealousy and littleness of ecclesiastical instructors. It is in vain to say we have produced great men under this system. We have produced great men under all systems. Every Englishman must pass half his life in learning Latin and Greek; and classical learning is supposed to have produced the talents which it has not been able to extinguish. It is scarcely possible to prevent great, men from rising up under any system of education, however bad. Teach men demonology or astrology, and you will still have a certain portion of original genius, in spite of these or any other branches of ignorance and folly.” 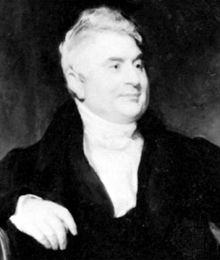