John Ruskin, Of the Pathetic Fallacy:

“It may be well, perhaps, to give one or two more instances to show the peculiar dignity possessed by all passages which thus limit their expression to the pure fact, and leave the hearer to gather what he can from it. Here is a notable one from the Iliad. Helen, looking from the Scæan gate of Troy over the Grecian host, and telling Priam the names of its captains, says at last: –

‘I see all the other dark-eyed Greeks; but two I cannot see, – Castor and Pollux, – whom one mother bore with me. Have they not followed from fair Lacedæmon, or have they indeed come in their sea-wandering ships, but now will not enter into the battle of men, fearing the shame and the scorn that is in Me?’

‘So she spoke. But them, already, the life-giving earth possessed, there in Lacedæmon, in the dear fatherland.’

Note, here, the high poetical truth carried to the extreme. The poet has to speak of the earth in sadness, but he will not let that sadness affect or change his thoughts of it. No; though Castor and Pollux be dead, yet the earth is our mother still, fruitful, life-giving. These are the facts of the thing. I see nothing else than these. Make what you will of them.” 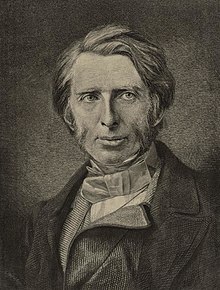