Mrs Adams Says She is willing you Should discredit Greek and Latin, because it will destroy the foundation of all the Pretensions of the Gentlemen to Superiority over the Ladies, and restore Liberty, Equality and Fraternity between the Sexes. What does Mrs Rush think of this?

Hobbes calumniated the Classicks, because they filled young Mens heads with Ideas of Liberty, and excited them to rebellion against Leviathan.

Suppose We Should agree to Study the oriental Languages especially the Arabic, instead of Greek and Latin. This would not please the Ladies So well, but it would gratify Hobbes much better. According to many present appearances in the World many useful Lessons and deep Maxims might be learned from the Asiatic Writers. There are great Models of Heroes and Conquerors fit for the Imitation of the Emperors of Britain and France. For Example in the Life of Timur Bec, or Tamerlane the great We read vol. 1. p. 202. “It was Timurs Ambition of Universal Empire which caused him to undertake Such glorious Actions. He has been often heard to Say, that it was neither agreable nor decent, that the habitable World Should be governed by two Kings: according to the Words of the Poet, ‘as there is but one God, there ought to be but one King, all the Earth being very Small in Comparison of the Ambition of a great Prince” Where can you find in any Greek or Roman Writer a Sentiment so Sublime and edifying for George and Napoleon. There are Some faint Traces of it in the Conduct of Alexander and Cæsar but far less frank and noble, and these have been imprudently branded with Infamy by Greek and Roman orators and Historians. There is an Abundance more of Such profound Instruction in the Life of this Tamerlane as well as in that of Gengizcan, both of which I believe Napoleon has closely Studied. With Homer in one Pocket Cæsars Commentaries in the other Quintus Curtius under his Pillow, and the Lives of Mahomet Gengizcan, and Tamerlane in his Port Folio, and Polybius Folard, Montecucculi, Charlemagne, Charles twelfth Charles 5th cum multis aliis among his Baggage this Man has formed himself: but the Classics among them have damped his ardor and prevented his rising as yet to the lofty Heights of the Asiatic Emperors. Would it not be better that George and Napoleon Should forget all their Classicks and mount at once to all Sublimities of Mahomet, Gengizcan and Tamerlane? In that Case one or the other must Soon Succumb; and would it not be better that one Such should govern the Globe than two?

Oct. 15. Thus far I had written, when your favour of the 8th with your Invention a Tranquilliser was given to me from the Post office. The Tranquilliser is a very ingenious Mechanical Invention and I hope will be beneficial to that most deplorable Portion of our Species for whom it is intended.

But to be Serious, if I were possessed of Sovereign Power over your Hospital, (provided I could do it Secretly So that No Mortal should know it, but you and I,) I would put you into your own Tranquilliser, till I cured you, of your Fanaticism against Greek an Latin.

The Greek Testament cannot be read to effectual advantage, with out a comprehensive Knowledge and critical Skill, in all the Grecian Litterature.

The World had never Seen a Milton if a Homer and Virgil had not lived before him: nor any one of the Poets orators or Historians you mention among the English Scotch or Irish, or French if Greece and Rome had not furnished them Models.

My Friend you will labour in vain. As the Love of Science and Taste for the fine Arts increases in the World, the Admiration of Greek and Roman Science and Litterature will increase. Both are increasing very fast. Your Labours will be as Useless as those of Tom Paine against the Bible, which are already fallen dead and almost forgotten. […]” 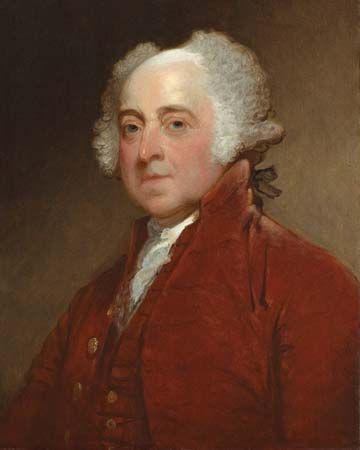