Matthew Arnold, On the Modern Element in Literature:

“From the very form itself of his great poem, the Aeneid, one would be led to augur that this was impossible. The epic form, as a form for representing contemporary or lo nearly contemporary events, has attained, in the poems of Homer, an unmatched, an immortal success; the epic form as employed by learned poets for the reproduction of the events of a past age has attained a very considerable success. But for this purpose, for the poetic treatment of the events of a past age, the epic form is a less vital form than the dramatic form. The great poets of the modern period of Greece are accordingly, as we have seen, the dramatic poets. The chief of these — Aeschylus, Sophocles, Euripides, Aristophanes — have survived: the distinguished epic poets of the same period — Panyasis, Choerilus, Antimachus — though praised by the Alexandrian critics, have Perished in a common destruction with the undistinguished. ‘And what is the reason of this ? It is, that the dramatic form exhibits, above all, the actions of man as strictly determined by his thoughts and feelings; it exhibits, therefore, what may be always accessible, always intelligible, always interesting.

But the epic form takes a wider range; It represents not only the thought and passion of man, that which is universal and eternal, but also the forms of outward life, the fashion of manners, the aspects of nature, that which is local or transient. To exhibit adequately what is local and transient, only a witness, a contemporary, can suffice. In the reconstruction, by learning and antiquarian ingenuity, of the local and transient features of a past age, in their representation by one who is not a witness or contemporary, it is impossible to feel the liveliest kind of interest. What, for instance, is the most interesting portion of the Aeneid, — the portion where Virgil seems to be moving most freely, and therefore to be most animated, most forcible ? Precisely that portion which has most a dramatic character; the episode of Dido; that portion where locality and manners are nothing — where persons and characters are everything. We might presume beforehand, therefore, that if Virgil, at a time when contemporary epic poetry was no longer possible, had been inspired to represent human life in its fullest significance, he would not have selected the epic form.” 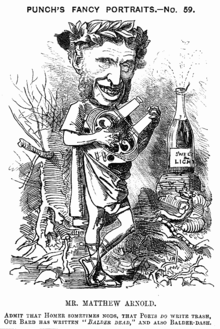 One thought on “The Range of Epic Poetry”