Why are those who are actually drunk, less messed up than those we call tipsy?

“Since we have hassled Aristotle,” my father said, “Shouldn’t we also try to say something particular about those who are called “tipsy”. For even though he was the sharpest in these kinds of explorations, he seems to me to have insufficiently examined the cause of this. For he says, I think, that it is possible for a sober man to make a judgment well and in line with reality while one who is pretty drunk is too wrecked to have control over his perception even as one who is only tipsy remains strong in imagination but has compromised logic. For this reason, he makes judgments and does it badly because he following imaginary things. What do you think about these things?” He said.

“When I was reading this,” I said, “the argument was fine regarding the cause. But if you want me to work up some contribution of my own, look first at whether we should credit the difference you have mentioned to the body. For, the tipsy mind alone is messed up, the body is still capable of serving impulses because it is not yet completely permeated. But when the body is overcome and soaked, it betrays its movements and ignores them and it does not move on to actual deeds. Those who have a body that still responds to them are reproved not by their lack of logical thought but by their greater strength.”

Then I said, “And, if we were to consider it from another principle, nothing stops the strength of wine from being variable and from changing alongside its amount. In the same way, fire, if it is measured, gives strength and hardness to pottery; but if it strikes it too much, it melts it and makes it liquid. In another way, spring revives and increases fevers as it begins while the heat of summer settles them and makes them desist.

Therefore, what prevents the mind, once it is moved by wine naturally, when it has been disturbed and excited, from calming and settling down as drinking increases? Hellebore has at its onset of purging pain for the body. But if less then the right amount is given, it disturbs but does not cleanse. And some people are made a little manic when they have a smaller does of sleeping medicine, but sleep once they take more.” 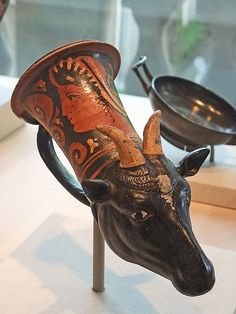