“I cannot quit this Head without observing that Pindar was a great Genius of the first Class, who was hurried on by a natural Fire and Impetuosity to vast Conceptions of things and noble Sallies of Imagination. At the same time, can any thing be more ridiculous than for Men of a sober and moderate Fancy to imitate this Poet’s Way of Writing in those monstrous Compositions which go among us under the Name of Pindaricks? When I see People copying Works which, as Horace has represented them, are singular in their Kind, and inimitable; when I see Men following Irregularities by Rule, and by the little Tricks of Art straining after the most unbounded Flights of Nature, I cannot but apply to them that Passage in Terence:

“If you demand to make these uncertain things more certain by reason, you will do nothing more than if you strove to be rationally insane.”

In short a modern Pindarick Writer, compared with Pindar, is like a Sister among the Camisars compared with Virgil‘s Sibyl: There is the Distortion, Grimace, and outward Figure, but nothing of that divine Impulse which raises the Mind above its self, and makes the Sounds more than human.

There is another kind of great Genius’s which I shall place in a second Class, not as I think them inferior to the first, but only for Distinction’s sake, as they are of a different kind. This second Class of great Genius’s are those that have formed themselves by Rules, and submitted the Greatness of their natural Talents to the Corrections and Restraints of Art. Such among the Greeks were Plato and Aristotle; among the Romans, Virgil and Tully; among the English, Milton and Sir Francis Bacon.” 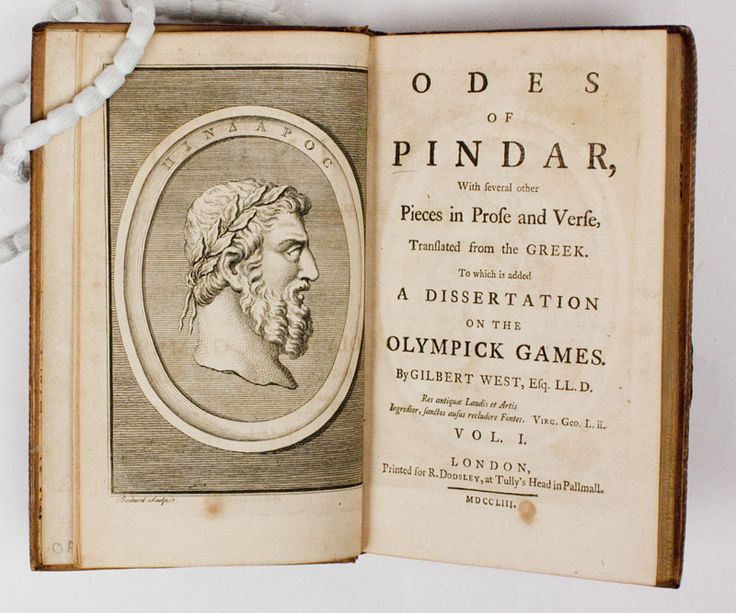