“As a school-master at Leipzig, Gesner abolished the use of the old Latin compendium, and introduced the Latin Classics in its place, carrying his pupils in a few months through the whole of Terence, and insisting on the literary and educational value of the continuous study of a single author. For a quarter of a century, in his Seminar at Gottingen, he was constantly training a chosen band of the future preceptors of Germany, his aim being to produce intelligent teachers rather than erudite scholars. He set a high value on the study of Greek literature : Latin itself (he held) could not be thoroughly understood without Greek. Boys at school (he added) should not be allowed to give up Greek. After learning the elements of the Grammar, they should go on to easy reading, such as Aesop, Lucian and the Greek Testament, and afterwards take up Homer. When he lectured on Homer (in and after 1739) he always had a good class.” 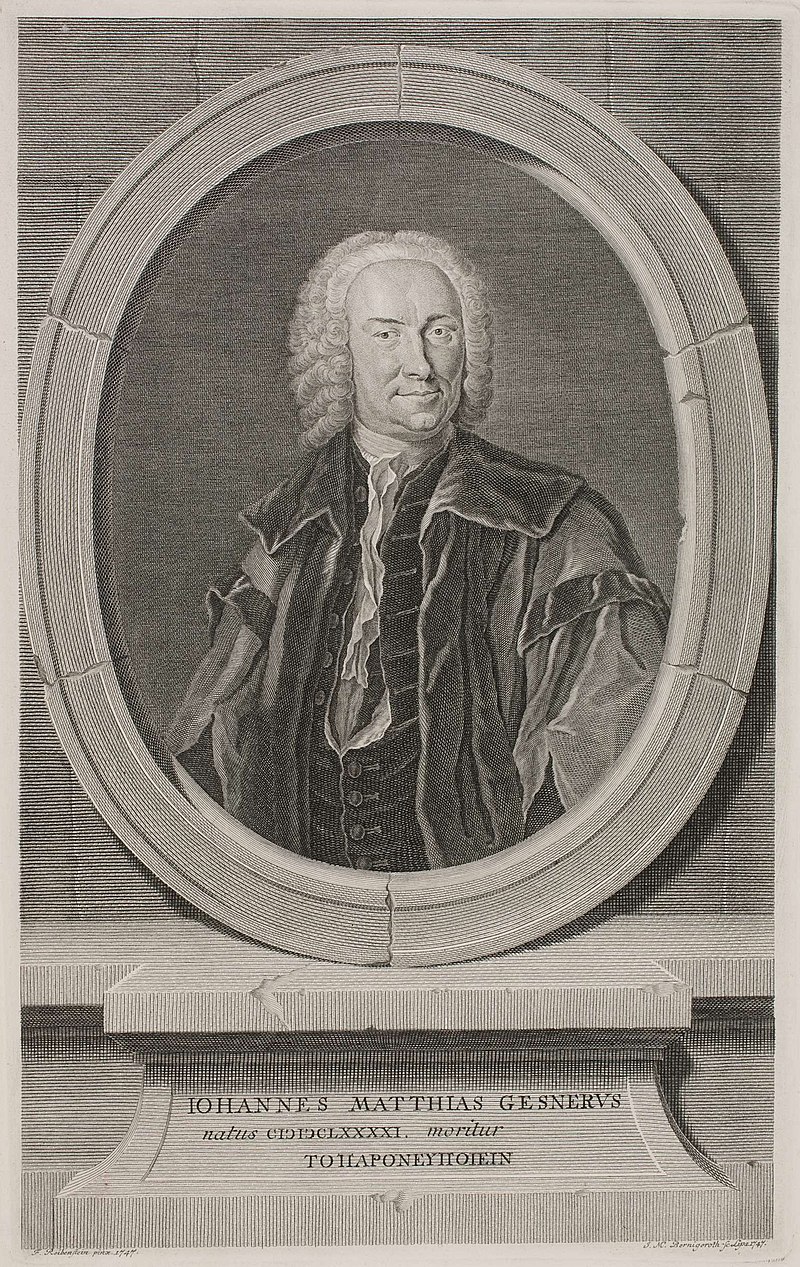