“Early in the twelfth century the study of Roman Law had been revived at Bologna by Irnerius {c. 1113), who, besides expounding the Roman code in lectures, introduced the custom of explaining verbal difficulties by means of brief annotations known as ‘glosses’. But Bologna was far from being a School of Law alone. It was also famous as a School of Rhetoric and the Liberal Arts, where composition in prose and verse was practised under the name of Didamen, especially in the early part of the thirteenth century, when Buoncompagno was the great master of Rhetoric and Composition.

In the same century the example of Irnerius was followed by Accursius of Florence, who also taught at Bologna (d. 1260). Whenever in his public lectures he came upon a line of Homer quoted by Justinian, tradition describes him as saying: Graecum est, nec potest legi. The phrase would naturally occur in his oral teaching only, and its alternative form, non legitur, need mean nothing more than, ‘This is Greek, and is not lectured upon ‘. It has not been found in the published Glosses of Accursius, who, in his translation of the Pandects, as was shown by Albericus Gentilis” (d. 161 1), correctly explains the large number of Greek words occurring in the text. It has been suggested, however, that if the phrase was used at all by Accursius, it was not due to any ignorance of Greek on the part of this learned lawyer, but to the fact that the public assumption of a knowledge of that language would have laid him open to an imputation of heresy which he deemed it prudent to avoid’. In the first half of the sixteenth century, his ‘ barbarism ‘ and his ‘ ignorance ‘ are attacked by humanists such as Vives and Brassicanus, Budaeus and Alciatus but none of these deal with his knowledge of Greek.” 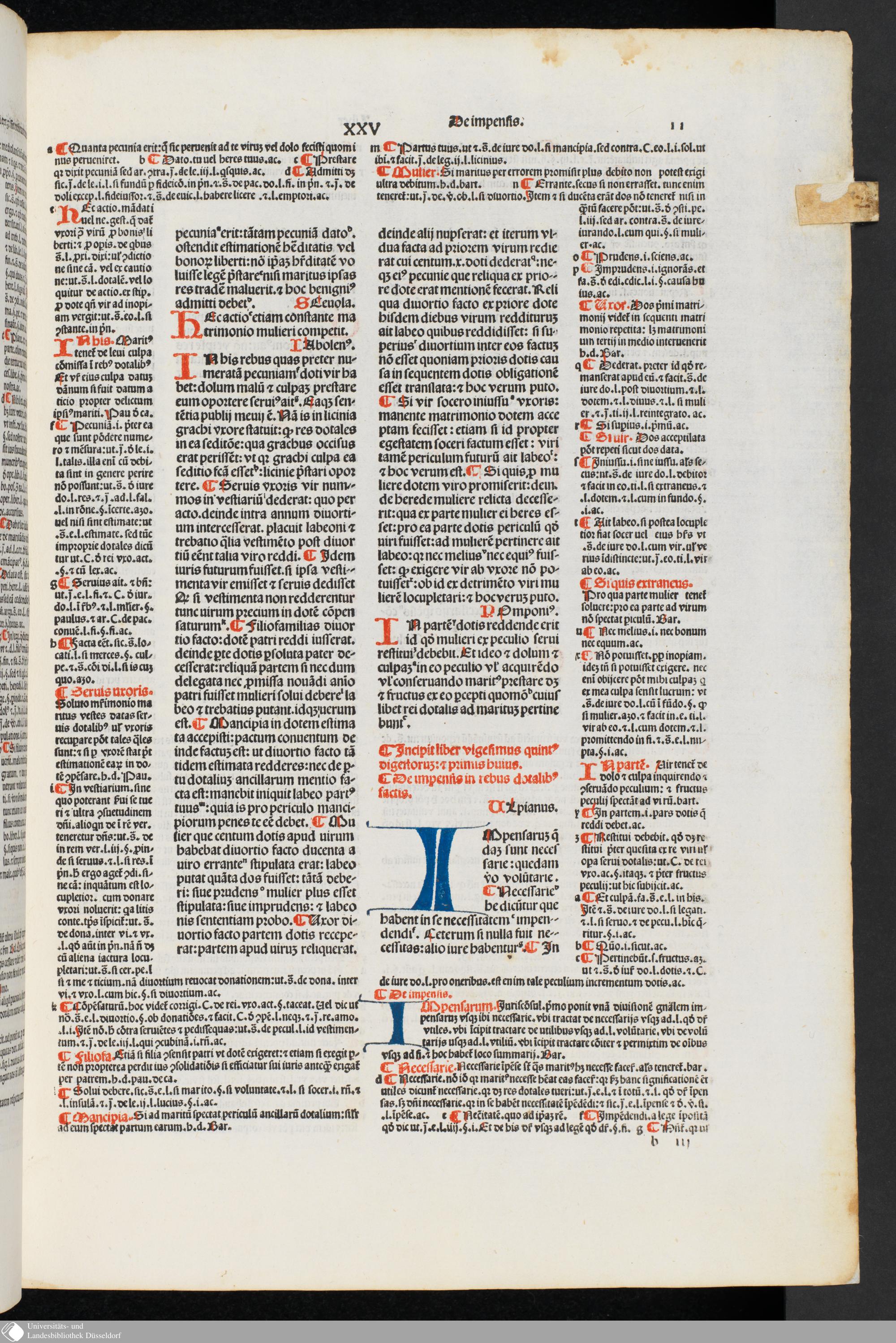