Attus Navius gets the better of the impious Tarquinius.

Indeed, Tarquinius Priscus would have accomplished many other startling reforms, if a certain Attus Navius (who was a finer augur than any who had ever lived) had not prevented him from altering the arrangement of the tribes. Tarquinius was enraged by his opposition, and sought to entirely discredit Attus’ craft. He therefore put a razor and a whetstone in his cloak, and went among the people with the intention of cutting the whetstone with the razor – a clearly impossible task. When he began to lay out his plans and Attus began to speak out against him most violently, he did not cave in but rather said, ‘If you are not speaking against me simply from your love of argument, but are indeed telling the truth, tell me whether what I now have in mind will occur.’ Attus, divining immediately what was meant, said, ‘Indeed, my king – what you wish will come to pass.’ Tarquinius then responded, ‘Then take that whetstone, and cut it with that blade. This is what I had in mind.’ Attus then took the whetstone immediately and cut it asunder. Tarquinius was amazed, and offered to Attus various honors, including the honor of a bronze statue; he also ceased to reform civic institutions, but began to employ Attus as his advisor in all things. 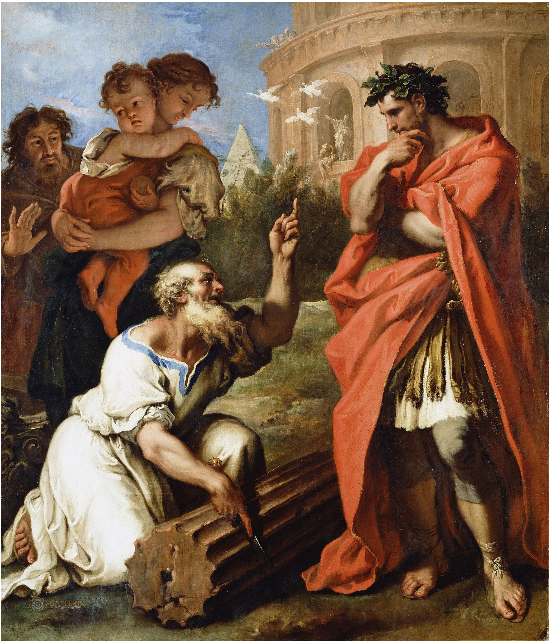