Zonaras relates how Romulus constructs the city walls, and employs some tricks of civic nomenclature to manipulate the people:

After burying his brother, Romulus settled his city. He yoked a bull to a cow, and threw a bronze ploughshare onto the plough; he then dug a large circular furrow, and those who followed him took the clods of earth which the plough dug out and turned them all around the furrow. Once it was time for the wall to be constructed, as it was said, the furrow was dug up where they had contrived to erect the walls, and they made intervals in the furrow, by lifting the plough up above them. For, they consider every wall a sacred thing; but if they had considered the gates sacred, it would not have been possible to bring in and send out some of the necessary and even impure articles of life.

The founding of the city was completed on the eleventh day before the Kalends of May, or better perhaps, on the twentieth of April. The Romans celebrate that day with festivals, considering it the birthday of their fatherland. It was said that Romulus was eighteen years old when he founded the city, which he founded near the home of Faustulus; this region was named the Palatine.

Now that the city was founded, he rounded up as much of the mob was the right age for military service and drew them up into military contingents. Each of these contingents consisted of three thousand infantry and three hundred cavalry, and was called a legion, because the fighters were chosen from all, while all of the rest were proclaimed part of the citizen body, which they named the people (populus). For this reason in their law books the assembly of the people is called the “popular” (popularia) assembly. He then marked out as counselors a hundred of the men most prominent for their birth, prudence, and mode of life, and called them patricians. The rest of the organized government he called the senate, which is the counsel of old men (gerousia). The patricians were so called either because they were the fathers of legitimate offspring, or perhaps more likely because they were able to demonstrate that their fathers were descended from well-known families, or from their patronia. (Thus they called the relationship of patronage, for they called those who took care of and protected a person “patrons.”) One could readily guess at Romulus’ motive here: he thought that by this appellation, he thought that it would be clear that the chief and most powerful men of the state would need to employ a certain paternal care for the lowborn, and that simultaneously the common people would be led on by the name of “patricians” not to feel put-upon by the honors granted to those more powerful than them, but would rather submit to it peacefully by both calling and considering them as “fathers.” 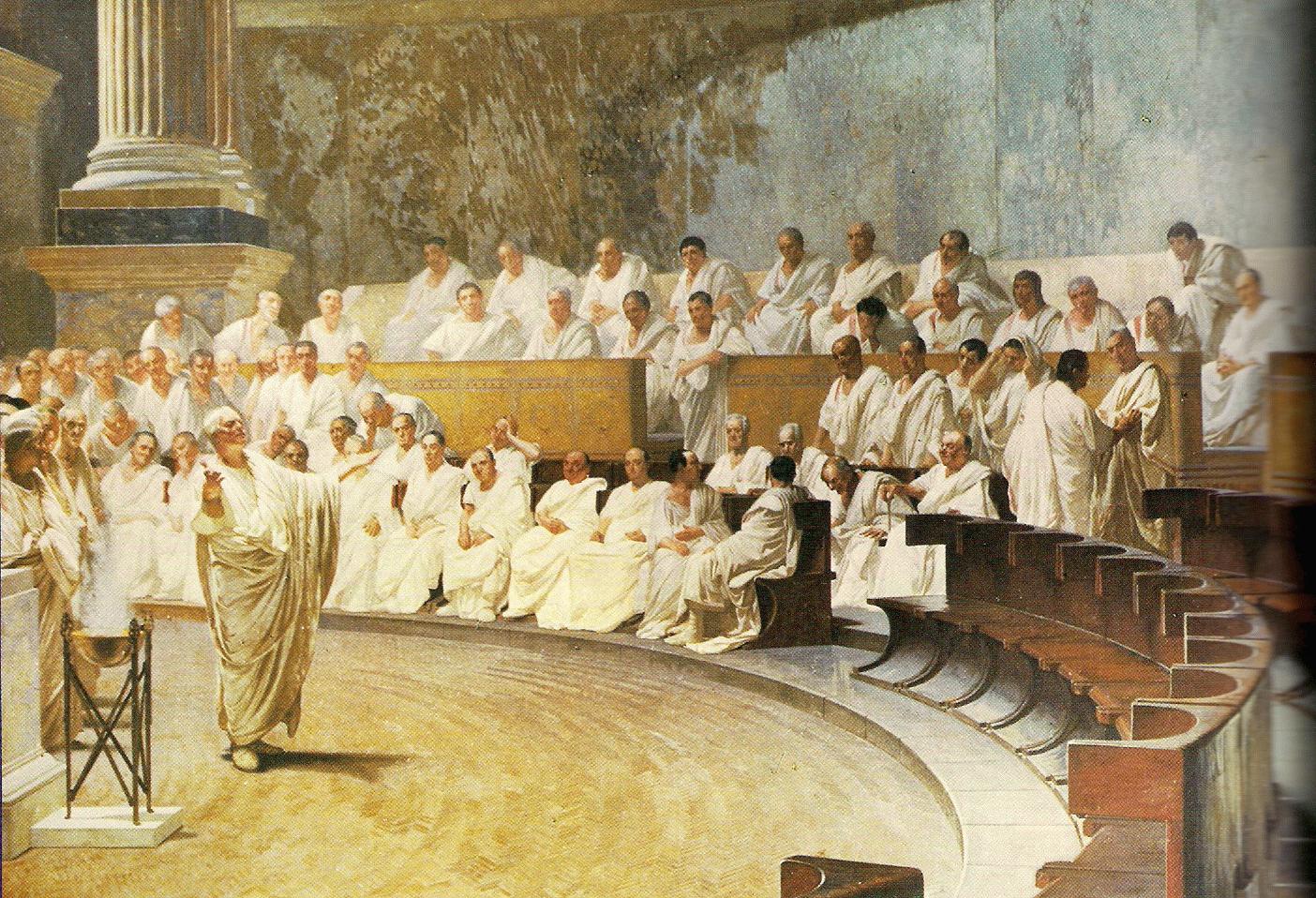