T.S. Eliot, What is a Classic?

Virgil’s maturity of mind, and the maturity of his age, are exhibited in this awareness of history. With maturity of mind I have associated maturity of manners and absence of provinciality. I suppose that, to a modern European suddenly precipitated into the past, the social behavior of the Romans and the Athenians would seem indifferently coarse, barbarous and offensive. But if the poet can portray something superior to contemporary practice, it is not in the way of anticipating some later, and quite different code of behaviour, but by an insight into what the conduct of his own people at his own time might be, at its best. House parties of the wealthy, in Edwardian England, were not exactly what we read of in the pages of Henry James: but Mr. James’s society was an idealization, of a kind, of that society, and not an anticipation of any other. I think that we are conscious, in Virgil more than in any other Latin poet – for Catullus and Propertius seem ruffians, and Horace somewhat plebeian by comparison – of a refinement of manners springing from a delicate sensibility, and particularly in that test of manners, private and public conduct between the sexes.

It is not for me, in a gathering of people, all of whom may be better scholars than I, to review the story of Aeneas and Dido. But I have always thought the meeting of Aeneas with the shade of Dido, in Book VI, not only one of the most poignant, but one of the most civilized passages in poetry. It is complex in meaning and economical in expression, for it not only tells us about the attitude of Dido – still more important is what it tells us about the attitude of Aeneas. Dido’s behaviour appears almost as a projection of Aeneas’ own conscience: this, we feel, is the way in which Aeneas’ conscience would expect Dido to behave to him. The point, it seems to me, is not that Dido is unforgiving – though it is important that, instead of railing at him, she merely snubs him – perhaps the most telling snub in all poetry: what matters most is, that Aeneas does not forgive himself – and this, significantly, in spite of the fact of which he is well aware, that all that he has done has been in compliance with destiny, or in consequence of the machinations of the gods who are themselves, we feel, only instruments of a greater inscrutable power.

Here, what I chose as an instance of civilized manners, proceeds to testify to civilized consciousness and conscience: but all of the levels at which we may consider a particular episode, belong to one whole. It will be observed, finally, that the behaviour of Virgil’s characters (I might except Turnus, the man without a destiny) never appears to be according to some purely local or tribal code of manners: it is in its time, both Roman and European. Virgil certainly, on the plane of manners, is not provincial. 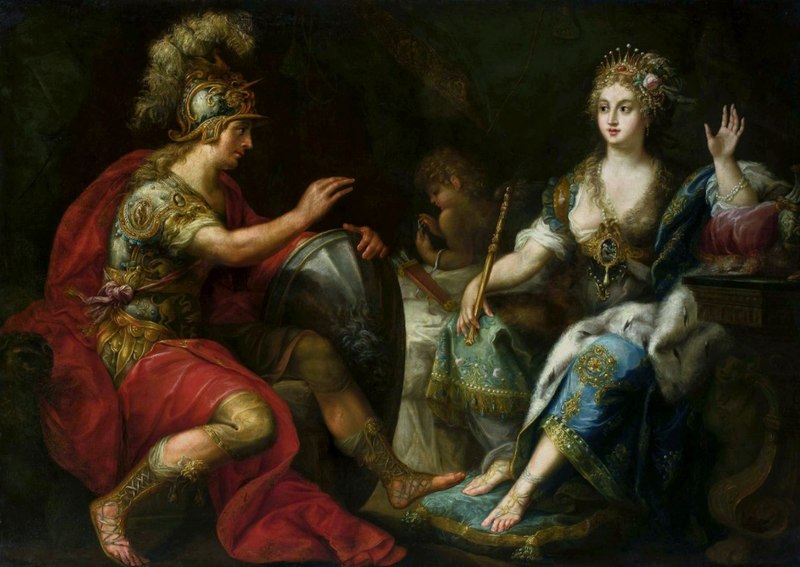 One thought on “Ruffian Poets and Dido’s Snub”