This proverb is taken in term from the oldest tragedy of Livius Andronicus, which is called The Trojan Horse: ‘The Trojans understand too late.’ This is taken up by Cicero in his Familiar Letters. He says, ‘You know that in The Trojan Horse there is this line: “the Trojans understand too late.”’ This is an apt expression for those who foolishly regret their deeds when it is too late. Since indeed, the Trojans, after suffering so many disasters, only began to discuss returning Helen in the tenth year of the war. If they had immediately given her back to Menelaus when he had asked at the beginning, they would have exempted themselves from innumerable calamities. Euripides writes in his Orestes:

For these are the words of Electra to Helen. It is also recalled by Festus Pompeius in the inscription of a proverb. According to Plutarch, Demades was accustomed to say that the Athenians never decided on peace unless they had already put on their mourning clothes, hinting to the fact that they were more desirous of waging war than was appropriate, and did not wish to think of peace unless they had first been warned by the loss of their own. But how much more foolish than the Athenians are we, who after learving from the sufferings of so many years even now do not hate war, and do not even finally begin to think of the peace which should always exist among Christians. 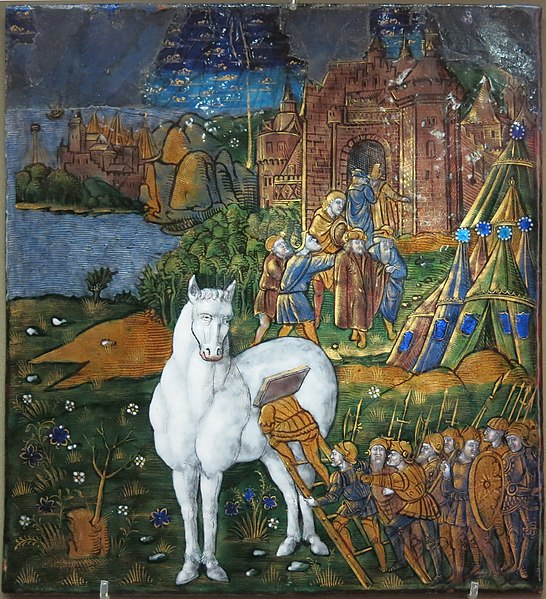