The collection of orators there was in no way inferior to that of the Cynics. Ulpian of Tyre steamrolled these guys, along with everyone else who said anything. Because of his constant scholarly investigation, which he made every hour in the streets, the walkways, the bookshops, and the baths, Ulpian was given the name ‘Keitoukeitous’ (Mr. Is That Attested Or Not), which revealed more of his character than his given name did. This man had the idiosyncratic habit of eating nothing before he said, ‘is it attested or not?’ He looked to see whether ‘hora’ was attested for a given part of the day, whether the phrase ‘drunk’ was applicable to a man, whether ‘metra’ was used for edible food, and whether ‘suagros’ was attested as applied to a pig. 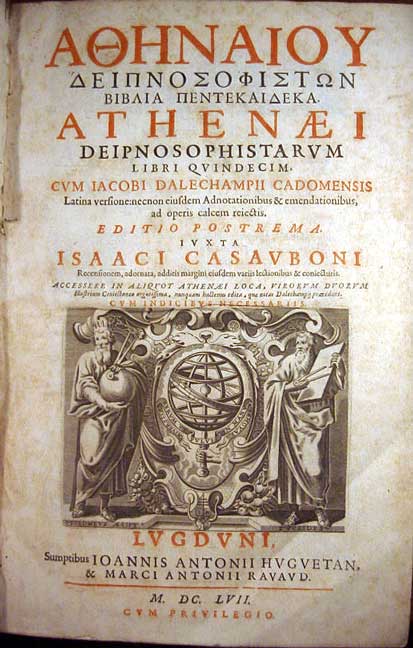