Petrarch, Against a Certain Physician 1.38:

We leave the lying to you, as well as the worst kind of falsehood, lying with the greatest danger and loss to those who believe it. If you don’t believe me, ask the common people, who have turned it into a proverb to say to one lying openly, “You lie like a physician.” The pursuit of a poet – I would not dare to deem myself worthy of this name, which you in your madness have leveled as an insult against me – I say, the pursuit of a poet is to adorn the truth of things with beautiful coverings, so that it may elude the ignorant mass (of which you are the deepest part) and so that it can be more difficult and more sweet for intelligent and eager readers to discover.

Otherwise, if you persuade yourself falsely, as do the uneducated who curse what the cannot understand, that the business of a poet is to lie, then I would have you believe in this consequence as well: that you are then the greatest of poets, a man whose lies nearly exceed the words he has spoken. Old Homer would yield to you readily, Euripides would concede defeat, as would Vergil, and Helicon would be left empty just for you, with the laurel unplucked and the Castalian fountain undisturbed. 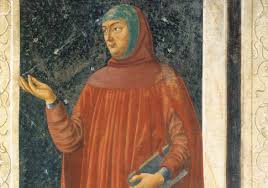