“If you are determined to limit yourself to what is called objective fact, you certainly diminish the chances of your making mistakes, but you also renounce all your chances of get- ting below the surface. What, for instance, is mainly interesting, to my mind, in the physical theories of Zeno, is not their detail, but the fact that he felt it necessary to enunciate a theory of Nature at all. We cannot under- stand what he was about unless we realize the necessity which was on him to give a complete answer to the enigma of the Universe, compact in all its parts, since nothing which left any room for doubt to get in could give a bewildered world security and guidance.

Stoicism, as it appears to me, was a system put to- gether hastily, violently, to meet a desperate emergency. Some ring-wall must be built against chaos. High over the place where Zeno talked could be descried the wall, built generations before, under the terror of a Persian attack, built in haste of the materials which lay to hand, the drums of columns fitted together, just as they were, with the more regular stones. That heroic wall still looks over the roofs of modern Athens. To Zeno it might have been a parable of his own teaching.

Even the passion of the Stoics for definition may in this way be regarded with human sympathy. It began with Zeno himself, who established numerous brief formulae as fixed and canonical definitions in the school tradition. Short definitions of this kind were well adapted to become current coin of all the philosophic schools and even of the market-place. As a matter of fact the Stoic definitions had a wide circulation in later antiquity. It is always the catch-words of a philosophical theory which lay hold of the general mind. Stoicism issued its own catch-words, one might say, with the official stamp. One of Zeno’s disciples, Sphaerus, seems to have shown a special aptitude for their manufacture. One is at first inclined to treat all this as a kind of dry philosophical pedantry. Perhaps with Chrysippus and the later Stoics such a vice of the mind was not altogether absent. But I think the motive behind it does take on another, and even a pathetic, aspect, when we consider the necessity to have a cut-and-dried answer ready to every question, if a coherent dogmatic system was to be fitted out such as the ordinary man could grasp, and consider also the bitter need for such a system which the world felt at that time.” 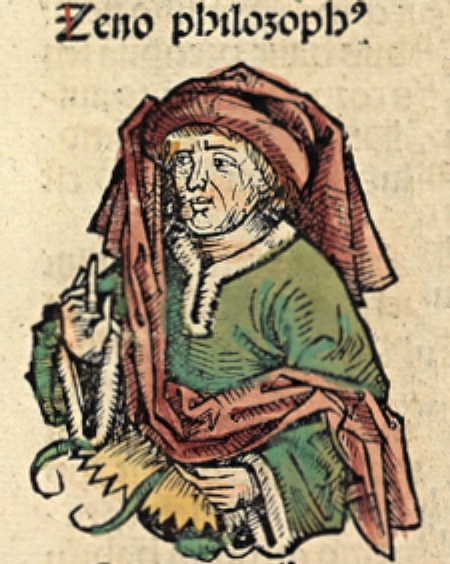