“Ajax, a most warlike man, was the son of Telamon. When he took up arms to destroy Troy with the other Greeks, and (to omit the other miraculous things which he performed in his contests), he dared to take part in a single combat against Hector, and if any faith is to be given to Homer, Ajax would have returned to his own people as the victor if an excessively hasty night had not intervened. Yet, when it did intervene, and Hector had given him a sword in the ancient way while receiving a belt from Ajax in return, fresh and spirited Ajax allowed the exhausted Hector to return to Troy.

According to Servius, these gifts were cursed, since Ajax later killed himself with that sword, and Hector was killed by Achilles while wearing that belt. Ajax however, when Ilium had been captured and destroyed, had a huge contest against Ulysses for the arms of Achilles. At last, when he could see that military virtue must yield to mere eloquence, he was turned to fury, and killed himself with the very sword which he had taken from Hector, and (according to Ovid) was turned into the flower bearing his name. In this, antiquity teaches us that our powers may easily melt into nothing, after the fashion of a wilting flower.” 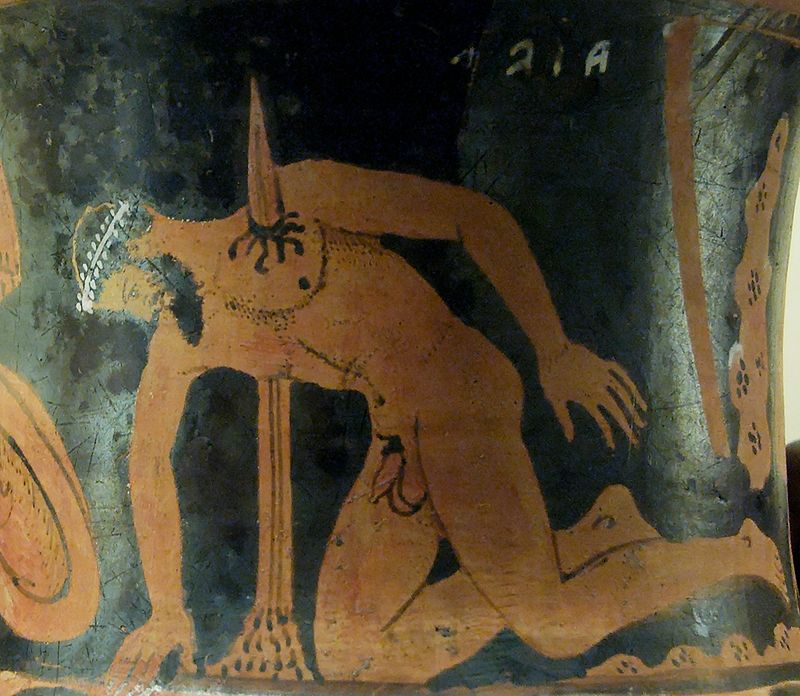