“Just as you can find those among us who employ Latin very poorly, or more curiously than is proper, we hear that the same thing happened frequently among the Greeks, as for example that old Attic woman, when she had noted in Theophrastus, that most learned philosopher, a particular propensity for one word, she called him a guest: when Theophrastus asked her whether she had found anything to fault in him, she responded that she found nothing to fault except that he spoke too Attic.

But king Demetrius, when he had received those Athenians who had defected, bestowed grain upon the Athenians after calling a council in the middle of a grain shortage, and held a speech in that council in which he said something barbarously, one of the bunch interrupted him and explained how the word was to be said. ‘For the sake of this correction,’ said Demetrius, ‘I will grant you another five thousand measures of grain.” 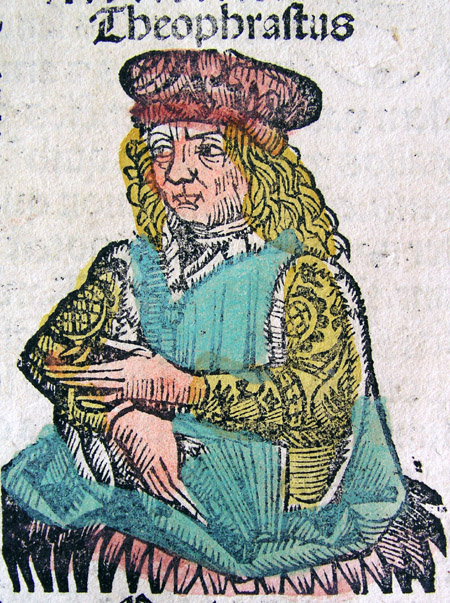