“In this voyage we passed through, at least touched, all those seas, which Horace and other poets sing of so often, as the Ionian, the Aegean, the Icarian, the Tyrrhene, with others, and now we are in the Adrian Sea, in the mouth whereof Venice stands like a gold ring in a bear’s muzzle. We passed also by Aetna, by the infames Scopulos, Acroceraunia, and through Scylla and Charybdis, about which the ancient poets, both Greek and Latin, keep such a coil, but they are nothing so horrid or dangerous, as they make them to be: they are two white keen-pointed rocks, that lie under water diametrically opposed, and like two dragons defying one another, and there are pilots, that in small shallops, are ready to steer all ships that pass. This amongst divers other, may serve for an instance that the old poets used to heighten and hoist up things by their airy fancies above the reality of truth.” 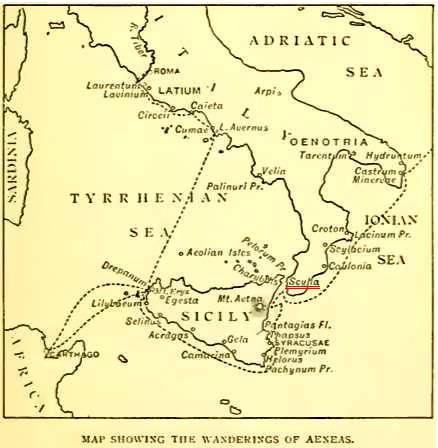